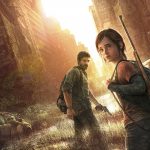 The well-regarded and praised series, The Last of Us, is seeing its first entry on the PlayStation 5 with a full remake. The original title won a multitude of awards when it was released back on June 14, 2013. The game received universal acclaim for much of its design. This includes the storyline, sound design, and characters featured. Its sequel, The Last of Us Part II, received much of the same as well, on its release in 2020.

However, it seems Naughty Dog wishes to make a more definitive version of the first game in their critically acclaimed series. A remake for the game has popped up on Playstation’s servers, and their official website. This comes ahead of Geoff Keighley’s Summer Games Fest showcase, where PlayStation titles such as God of War have been rumored to appear. This apparent remake is showcased in a brand-new trailer, running on the PlayStation 5.

The Last of Us Part I Remake- Announcement Trailer

The Last of Us Part I also briefly appeared for preorder on PlayStation Direct, priced at $69.99. The acclaimed title will also receive a “Firefly Edition” alongside it, listed for $99.99. The store listing reads: “Enjoy a total overhaul of the original experience, faithfully reproduced but incorporating modernized gameplay, improved controls, and expanded accessibility options. Plus, feel immersed with improved effects and enhanced exploration and combat.”

Although many will likely be hoping for the multiplayer mode of the original to be included, the store page seems to say otherwise. “The Last of Us Part I includes a remake of the complete The Last of Us single-player story (PS5) and celebrated prequel chapter, Left Behind.” No mention of multiplayer is in the game’s listing.

For players looking for the definitive and complete story, this entry seems to be perfect. All 3 entries in the series will now be playable on the PlayStation 5. This should make the complete storyline easier to access for newcomers.

The game is slated for release on September 2nd, 2022. That’s according to a date shown at the end of the trailer. A PC version also appears to be in development, but with no apparent release date slated.

Are you looking forward to playing The Last of Us on PlayStation 5? Let us know below in the comments. Don’t forget to check back with us for the latest news and information on gaming.