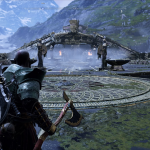 God of War when it was released in 2018 was an absolute juggernaut on the PlayStation 4. Currently having sold over 20 million copies on PlayStation 4 alone. Many analysts were interested in how the title would perform on PC given its age, and the franchise had never been released outside of the PlayStation ecosystem. However, as the player numbers are beginning to roll in it appears that the title is a massive success for PlayStation Studios on PC.

As indicated by sales analyst Benji-Sales on Twitter, God of War has broken the peak concurrent player count on Steam record for a PlayStation Studios release. The record was previously held by Horizon Zero Dawn which peaked at 56,557 as indicated by Benji. Currently, God Of War is sitting at over 65k concurrent players, which to some people may seem small. But, with the wide variety of PC titles available, as well as the fact God Of War is a fully single-player experience, this is incredibly impressive. This number will likely grow as well as the weekend goes on. While we will have to wait until Sunday, to see what the top-charting games on Steam were this past week. It will be hard to think that God of War isn’t at the top of the charts.

The Future Is PC

While it is incredibly early to judge, thanks to a high-quality port, and overall being one of the best games of the last generation. God of War looks to be a massive success for PlayStation Studios on their PC release front. It will be interesting to see how PlayStation continues to release games on PC, especially if they continue to find this level of success with their single-player titles. With PlayStation 5’s still being incredibly hard to find in the future, we may see PlayStation adjust their strategy and see these games come to PC sooner rather than later. Only time will tell, however.

What do you think of God of War breaking this record? Would you play more PlayStation titles if they came to PC? Let us know in the comments and don’t forget to check back for the latest gaming news and information.