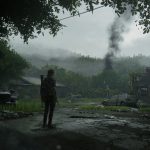 You are reading
The Last of Us Part II, Watch Dogs: Legion delayed

The Last of Us Part II and a trio of Ubisoft games are getting delayed from their release windows of 2020, with some potentially going into 2021. Needless to say, today is not your normal Thursday.

Nearly a month after Naughty Dog announced the sequel’s release date, director Neil Druckmann confirmed The Last of Us Part II‘s delay to May 29, 2020. Kotaku originally reported the news saying their sources told them a delay to spring 2020 was coming. Druckmann soon after confirmed the delay in a blog post writing:

“However, it was during the last few weeks, as we were closing out sections of the game, that we realized we simply didn’t have enough time to bring the entire game up to a level of polish we would call Naughty Dog quality. At this point we were faced with two options: compromise parts of the game or get more time. We went with the latter, and this new release date allows us to finish everything to our level of satisfaction while also reducing stress on the team.”

February 21st was the game’s initial launch day as announced at the September media event. The blog post did not mention the absence of the Factions multiplayer in the sequel. No word was said on whether the multiplayer was part of the reason for the delay either. The PlayStation 5 will be releasing holiday 2020, which could lead to a rerelease to coincide with it.

While Sony decided to delay their big game for 2020 by a few months, Ubisoft wanted to up the ante.

I’ll See Your Delay, and Raise

In a note made to investors on Thursday, the document confirmed the delay of Watch Dogs: Legion from its March 3, 2020 release date. Rather, Watch Dogs: Legion, as well as their other two titles Rainbow Six Quarantine and Gods & Monsters, will not be releasing in the next fiscal year (which begins in April 2020 and ends sometime in 2021). 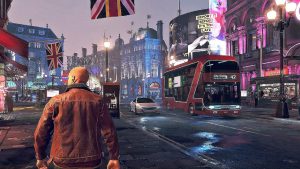 “We have decided to postpone the releases of Gods & Monsters, Rainbow Six Quarantine and Watch Dogs Legion until 2020-21. While each of these games already has a strong identity and high potential, we want our teams to have more development time to ensure that their respective innovations are perfectly implemented so as to deliver optimal experiences for players.”

The Lord’s Word: It’s important to remember delays happen for a reason, and often times end up making the game better in the long run. While disappointing at first, the end goal is to make a better product. Which is, I believe, and something we can all agree on, for the better.