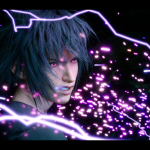 Final Fantasy XV is a game that has tons of new content open up to you after completing the story. Some of that content is hunting down hidden weapons. Today we at PlayBackGaming are going to give a brief rundown on a few of these hidden weapons. Some of these are through high-level end game missions so be cautious while doing these.

The Cerberus sniper rifle can be found inside of Fort Vaullerey. The fort only becomes accessible after you complete the story then you simply drive to the fort, enter from the front and search for the weapon in one of the command rooms, it’ll be one of the shining blue objects that you can pick up off of a storage container. Cerberus is only usable by Noctis and does a decent amount of damage while giving long-range advantages. It’s also worth noting that you can also find another weapon called NoiseBlaster in the fort as well in a command room and it also appears as a shining blue pickup on a table.

Sword of the Tall

The Sword of the Tall is an optional Greatsword Royal Arm that is obtained from completing the Costlemark tower dungeon. Costlesmark tower is a very lengthy dungeon with puzzles and it’s fairly high level. We suggest being in the 70 or 80 level range for this dungeon. At the end, you will fight a boss called Jabberwock who uses petrification so come prepared for that, if you have fought a Bandersnatch then this boss has that same move-set. Upon defeating the Jabberwock there will be a small cutscene of you obtaining your new weapon.

Star of the Rogue

The Star of the Rogue is a very unique weapon in that it’s a giant shuriken and a Royal Arm. This weapon is obtained by beating the Myrtwood dungeon near the Vesperpool. This particular dungeon isn’t too challenging, just make sure you’re stocked up on curatives and phoenix downs as the boss at the end can be demanding. The boss here is a Treant and while he isn’t necessarily hard, he is very aggressive so dodges and parries will help here. After defeating the Treant you can continue ahead and receive the Star of the Rogue.

That’s all the weapons for now but, we will be posting up more weapon locations and quests as we find them. If you found this article or these weapons useful then please feel free to comment below, there’s no need to sign up or anything.