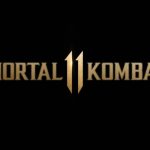 You are reading
Mortal Kombat 11 Reveal Recap, What’s next? 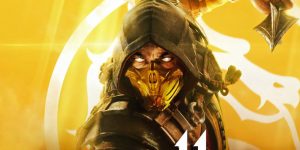 There are few games in the gaming industry that drum up quite as much excitement as Mortal Kombat, especially among the fighting game genre. NetherRealms Ed Boone teased the newest entry in the franchise, Mortal Kombat 11, back at The Game Awards 2018 in a typical Ed Boone troll fashion. That announcement trailer left a very ravenous Mortal Kombat community happy but not quite satiated, wanting more news, characters, fighting and fatalities but needing to wait for a community reveal mid-January. NetherRealm has finally had that community reveal and it did not disappoint in any way with announcements of new and returning characters, an improved visual and gameplay experience along with the customization that was so loved in Injustice 2. The showing was rather short but very much to the point with only about thirty minutes of screen time but information-packed throughout, we will go through all that was revealed step by step in this article and will continue to cover news of Mk11 going forward.

During the community reveal seven characters were revealed with the fan favorite Scorpion (Hanzo Hizashi) front and center. Along with Scorpion, there was Baraka the Tarkatan who has been a huge fan favorite since Mk2, Sonya Blade now voiced by Ronda Rousey, Raiden though not quite as nice and godly as usual, Skarlet making her return as a fan favorite from MK9, Sub-Zero of course and a new character named Geras. It has also been confirmed that Shao Kahn will also be in the game since he comes included with any pre-order of Mk11 and we hope to see more fan favorites as well as new characters revealed soon. 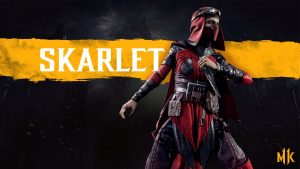 The gameplay in Mk11 has been changed and improved in a plethora of different ways, for example, the usual X-ray moves have been rolled into a new mechanic called Fatal Blow. Every character has a Fatal Blow move that you get access to once your health depletes below 30%, Fatal Blows are unique moves that do a heavy amount of damage making them great for making comebacks in early rounds or closers for combos. A fatal Blow can only be used once per game set though, meaning if you use your Fatal Blow in round 1, you will NOT have access to it in Rounds 2-5.  Along with that change the use of meter has also been reworked and re-formatted on screen, now instead of one big meter that is used to enhance your offensive and defensive skills, you have two separate meters for offense and defense respectively. This allows players to have more access to their characters special move set as well as more ways to either extend a combo or break out of one. There’s also a new mechanic called Crushing Blow which works a lot as Brutalities did in MKX where every character has unique Crushing blows that will activate under certain conditions being met during a fight. For example, landing a specific combo string five times may activate a crushing blow at the end of the fifth string resulting in a special X-ray move type animation that does much more damage than a regular hit but just like Fatal Blows, Crushing blows are limited to one use per fight so there is strategy tied to their use. 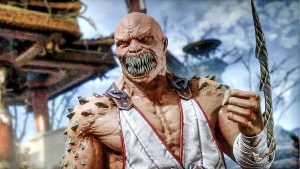 As a lifelong fan of the franchise, I am super stoked to talk about all the Kuztomization that has been shown and teased for Mk11 so far! NetherRealm has turned up the things you can change to eleven in the newest game, everything from character armor pieces, moves and even intros and victory poses can be changed to the players liking and personality. All of this Kuztomization can be saved on multiple character variants, allowing for different builds for your favorite characters much like how Injustice 2 worked. 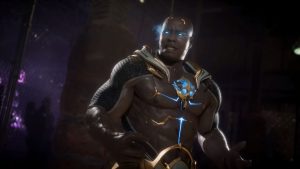 Mk11 takes place directly after MKX with Raiden having healed from cleaning the Jin-sei and delivering the severed head of Shinnok to the now revenant Kitana and Liu Kang in the otherworld, with a warning that “There are fates worse than death.”. Ed Boone teased during the Community Reveal that because the game will involve time manipulation in the story that we will get to see older versions of characters go toe to toe against younger versions of themselves as well as other crazy match-ups. Time manipulation also opens the door to all kinds of characters being able to return to the game which is exciting for fans who may have had a fan favorite that died in mk9 or X. 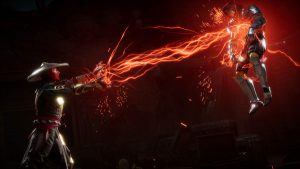 With all of that being revealed and talked about, many are still eager and wanting more info, more character reveals and more fatalities. Thankfully we don’t have to wait long because the very first Mk11 Kombat Kast will be happening on January 30th where the team will reveal a new Logo, news, teasers and possibly some characters. After that, we expect to see more Kombat Kasts fairly regularly as they build up hype and anticipation to Mk11s April 23rd release date. 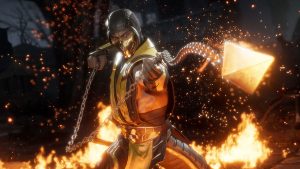 Mortal Kombat 11 is going to make a big splash later this year when it releases and it’s shaping up to be yet another big step forward in NetherRealms long-running franchise of blood and gore. Below we have embedded trailers for behind the scenes looks at Mk11 with Ed Boone as well as the official gameplay reveal trailer and Fatality showcase trailer from the community event.  We will continue to cover Mk11 as it inches ever closer to release and news starts to trickle out about it so make sure to keep your eyes here for all the latest Kombat and gaming news and thank you for reading.