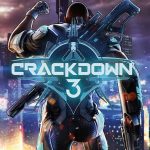 You are reading
Review: Crackdown 3

EDITORS NOTE: An earlier version of this review stated to show a lower score than intended by the reviewer. In transitioning from an old format, into the new format a lack of communication between the editor to the reviewer resulted in such a score. After realizing the error we have made corrections as necessary to reflect the intended score based on our standards here at Lords of Gaming.

So, you’re a genetically enhanced superhuman, you have a super suit that lets you take bullets like a tank, and thrusters that let you scoot around a city with relative efficiency; also, you play as “Terry Crews”. Now, I should give a little discloser here: Crackdown 3 is my first foray into the Crackdown series and if there was anything to make me want to play a Crackdown game, having Terry Crew voice the main character would be it.

Crackdown 3 starts simply enough. You’re a passenger on a large carrier ship that is flying towards an island city off in the distance. You are treated by a very motivated speech delivered by Isaiah Jaxon who is voiced by Terry Crews. A few seconds into the speech a green energy wave hits the carrier ship and the whole team is disintegrated in colorful vectored horror.

As this large ship starts to descend into the ocean below a small boat speeds towards the wreckage. queue transition and Isaiah Jaxon is now a clump of flesh and bones floating in a test tube. A woman going by the name ‘Echo’ talks to Isaiah telling him she saved his life and needs his help to liberate the city. Jaxon responds only with a thumbs up.  Thus starts the rather lengthy explanation about a corporate superpower named TerraNova who used the green energy wave to destroy the power facilities in neighboring cities and as people started fleeing the chaos they swooped in and scooped them up and brought them to their newly built super city where they will work in perpetuity to increase the infrastructure and capabilities of the organization. This woman reveals that she is working with a band of refugees that are operating as a rebel militia trying to fight TerraNova and bring them down from the inside; with your help they can start to sway the battle and bring down the evil corporation responsible for these green waves that have taken out the electricity of the other cities.

In the first mission of Crackdown 3, you are tasked with disabling a refugee checkpoint with the intent of making the city more vulnerable by not being able to vet incoming refugees and ensure their pacifism towards TerraNova, thus making the possibility of more citizens of the city joining the militia and revolting against the organization. Once you have entered the interior of the city you are then tasked with beginning your continued assaults on the infrastructure of TerraNova. You are given free rein to attack transport, mining facilities, peacekeepers precincts, and detention centers. Each of these facilities has its own leader and group of military defending these points of value. As you continue you dismantle TerraNova’s control over the city you will also be able to take over propaganda towers enabling the militia to gain more followers that will assist you in taking over points of interest and defend them from incoming reinforcements. After the initial cutscene of the opening of the game, the story is then driven by comic book style panels that will alert you of new leaders to assume control from and additional character interactions as the game progresses. For me, this dislocates the story and makes the opening scene of the game seem almost unrelated; overall the storytelling approach feels dated in a poor way that doesn’t pair well with the game’s already dated approach to gameplay and character progression. 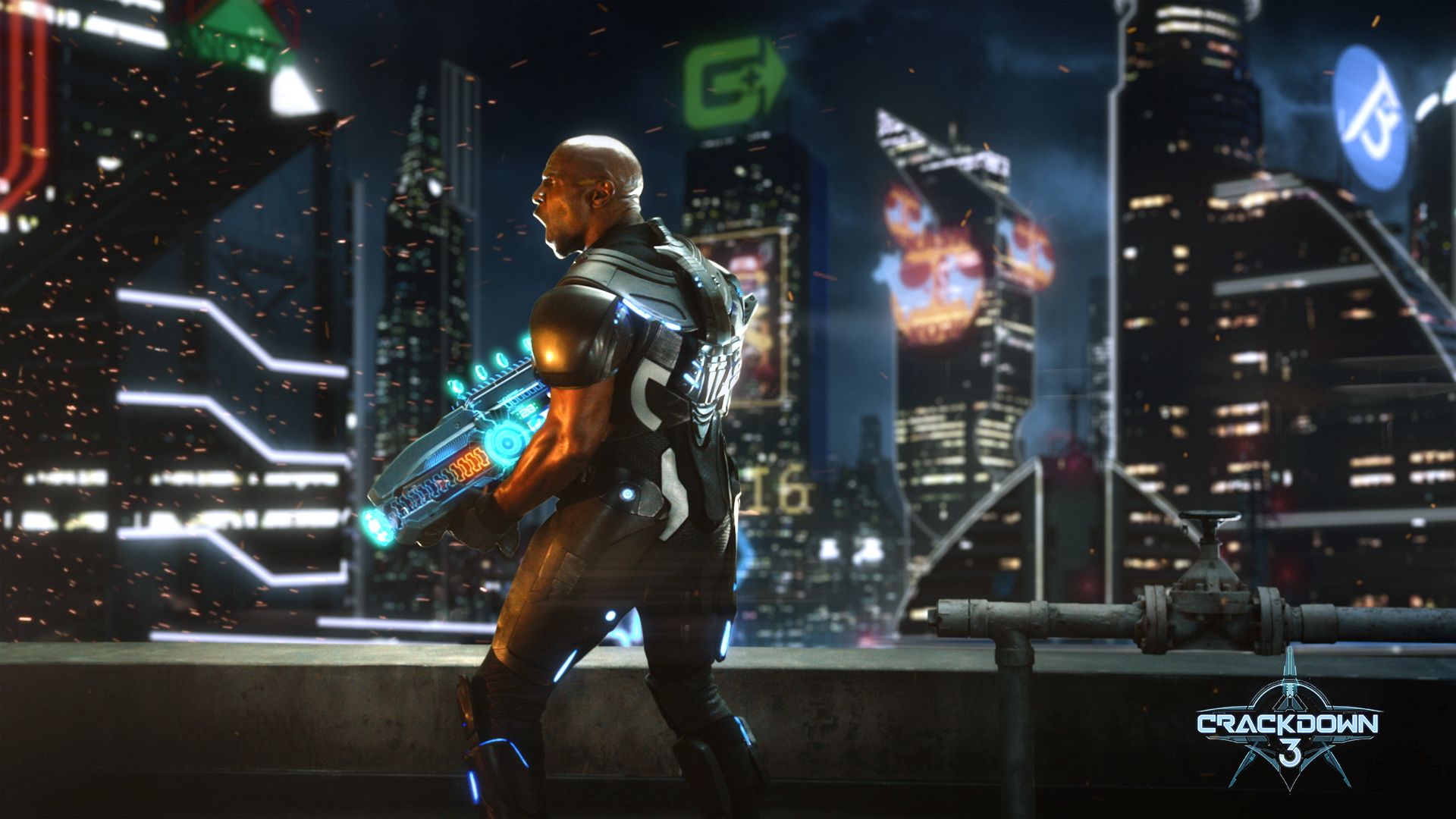 As you play Crackdown 3, your character will collect experience orbs that will enable you to unlock abilities that are used to maneuver around quicker, jump higher, punch harder and shoot better, as well as drive an armored vehicle. Across the map, you’ll be able to find many collectibles, from orbs that increase your overall stats to weapons and munitions to use against the minions of your enemies.

The controls of Crackdown 3 are fairly straight forward, the biggest differences are the maneuverability of your agent. Players use a thruster pack to double jump and boost forward while in the air. This is both the most unique and infuriating aspect of the game; with the added maneuverability, there is also equal opportunity to overshoot ledges or fly straight into a wall that you can’t climb. While playing, you will have moments where you will be fighting a multitude of enemies, one of which is a large mining mech that will throw boulders at you. This doesn’t seem that much of a problem on paper, but just about all enemies don’t seem to have any trouble making contact with you regardless of how much you’re moving around… it’s as if they have psychic knowledge of your movements. This could be caused by how the aiming of your guns works: by pressing the left trigger you will lock onto any enemies in front of you regardless if you can fully see them or not. The combat in Crackdown 3 is lackluster at best, because the game is constantly guiding your hand. Aiming your weapon has no movement whatsoever and there is no implied tactile feel while shooting. Your enemies tend to go down in a few shots regardless if they’re small fry or larger baddies. 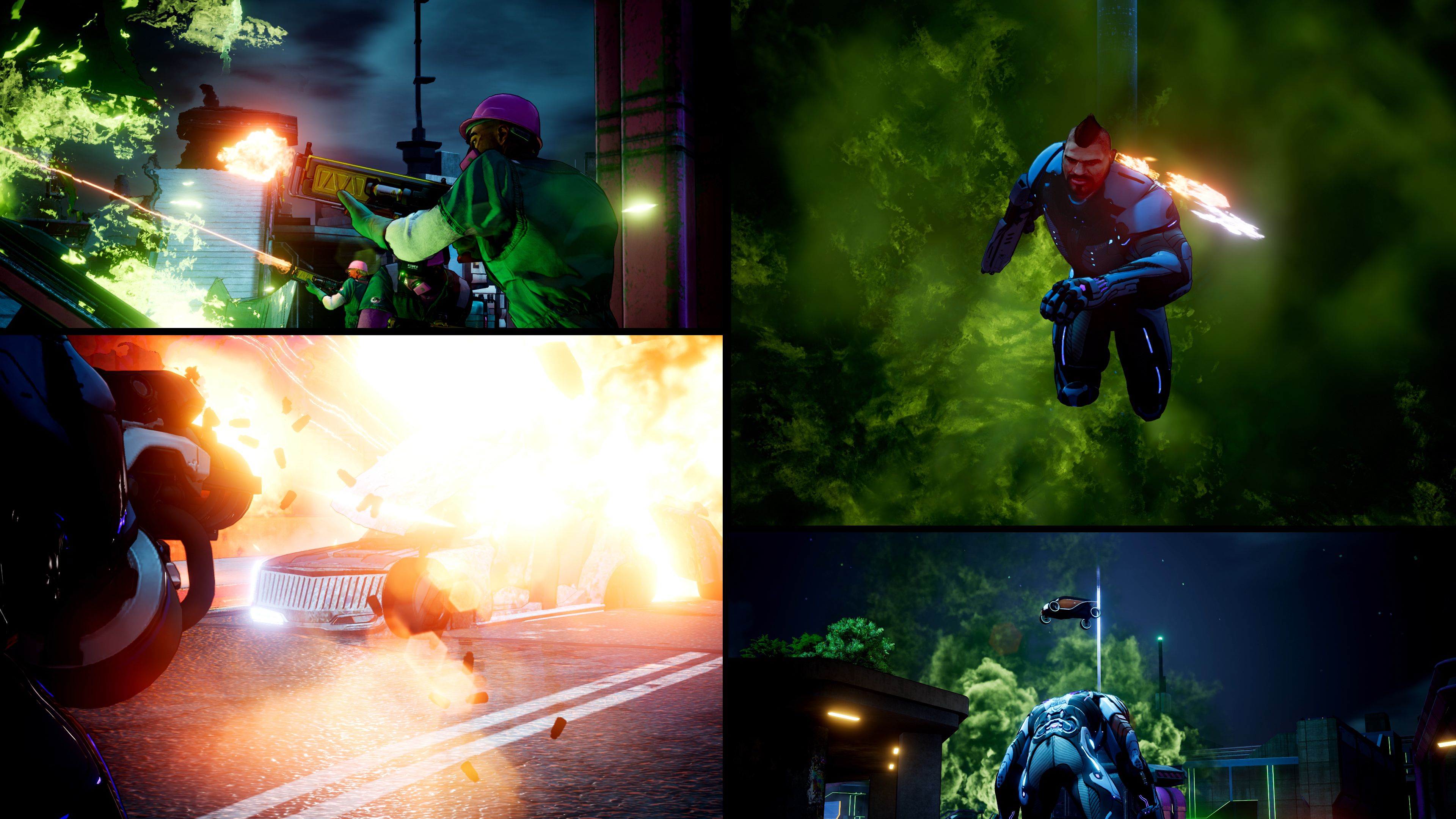 To wrap up, Crackdown 3 has a convoluted, played out story that is as uninspired as the gameplay,the graphics in the only cut scene are nice but the in-game graphics would be more impressive on the Xbox 360 and wholly feel washed out with the greater draw distance of the Xbox One, there are a ton of agents to choose from but only one that really seems to matter. Multiplayer feels like it is shoehorned in (if there was multiplayer in the previous iterations of the game I can’t say I would expect it to be much different from what was implemented in Crackdown 3) It, like the rest of the game, just feels, uninspired. Ultimately this game doesn’t give many positive things to say about it except Terry Crew, Terry gets a 10 out of 10 in my book.