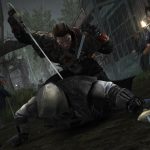 You are reading
Xbox Games With Gold February 2019

Starting today we have our new Xbox Games with gold for February! First off for the Xbox one we have Bloodstain: Curse of the moon.  This game has an 8-bit style that is a side-scrolling action/adventure. In Bloodstain, you get to go around fighting demons. Try to make it to the end of the game and take out your executioner. Bloodstain: Curse of the Moon is a Kickstarter project for a game called Bloodstained: Ritual of the Night. This game will be free from February 1st through February 28th.

Next up for the line on the Xbox one is Super Bomberman R. In Bomberman R spawn on a maze and drop bombs to try and take out enemies. This game lets play this game online with friends. There is a campaign and a multiplayer mode in Bomberman R. Help save Bomberman’s 8 brothers that are stuck in the universe. Bomberman R will be dropping the price down to $0 like those bombs. This game will be free February 16th through March 15th.

Now moving on to the Xbox 360 section we start off with Assassins Creed Rogue. This is a strategy, action, and adventure type of game. This game is a squeal to Assassins Creed Blackflag. In Assassins Creed Rogue you get to become the ultimate assassin hunter. Go fight the enemy and take them out secretly. You get to play as Shay the main character and see the changes throughout his brotherhood. This game will be free with a valid Xbox Live Gold membership starting February 1st through the February 15th.

The Game Awards 2022: From The Celeste Creators Comes - Earthblade