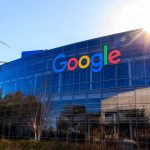 You are reading
Rumor: Google’s Console More Powerful Than Xbox One X?

We all know that Google is working on a game streaming service and we know it works as many had a chance to test it already last year. Google run beta tests where selected users were able to stream Assassins Creed Odyssey to a Chrome browser on their PC.

There has been also rumors of Google working on a console which one could stream these game too. Now the latest leak suggests that they may also offer a traditional console like PS4 or Xbox One and it is rumored to be a very powerful machine.

This information is courtesy of a well known YouTuber SpawnWave where in his latest video he provides a hefty amount of info on this new system.

The console is to come with 2 separate processors – one x86 based CPU for games and other ARM-based for OS and background tasks. This is nothing new as PS4 also ships with ARM-based co-processor.

“The Titanium Dev Kit is faster than Xbox One X …. It contains a low powered ARM segment called “snowcone” which is independent of x86 based “Avalanche” ….
“Snowcone” is used to manage system UI, sleep mode and simple apps while “Avalanche” is used for games…”

At this stage we don’t know whether the Google’s console would come with faster CPU, GPU or both but considering recent advancements in both CPU, GPU and memory segments I would not be surprised if they could offer us much better specs for a reasonable price.

The good news is that we won’t have to wait for too long to find out as Google has invited gaming media to their GDC 2019 even taking place on March 19.

They tease this event as a place where they will unveil “Google’s vision for the future of gaming” and I can’t wait to see what they may have in store for us.