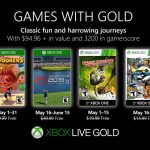 You are reading
Xbox Games with Gold May 2019

With a light release calendar in the lead up to E3, let’s take a look at the Games with Gold on offer for May. 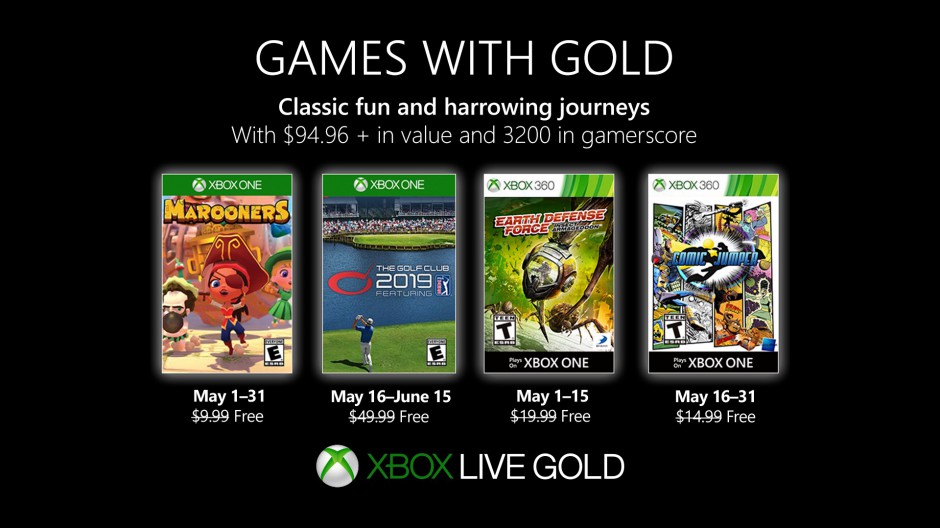 In the vein of classic party games like Mario Party and Fusion Frenzy comes Marooners. The game’s highlight feature is its ability to host up to six players in local and online cooperative play. The typical assortment of mini-games comes with the added twist that the current activity can change at any moment. This adds an element of unpredictability that is often missing in these types of games. Marooners is worth checking out if looking for something casual to play with younger kids or drunk friends.

The second of the two Xbox One only games is a golf simulator with a mouthful of a title, The Golf Club 2019 featuring PGA Tour. Are you hyped up coming off of Tiger Woods recent win at The Masters? See if you can beat his ‘Master’ful performance by going 14 under par after playing through an entire season.

For the Xbox 360, comes Earth Defense Force: Insect Armegeddon which continues to mine classic B-movie sci-fi tropes. Oversized insects once again threaten to destroy all life on Earth, and only you can stop it. Four player online coop and destructible environments add to the appeal of mowing down the alien hordes. Come for a fun, if somewhat mindless romp.

The final offering is a first party game from Twisted Pixel who brought critically acclaimed games, The Maw and ‘Splosion Man to life. Comic Jumper’s absolutely gorgeous art style is a love letter to comics history from the Silver Age to Manga. While not quite as well received as some of Twisted Pixels other titles, Comic Jumper is well worth your time and is a bright spot in an otherwise pedestrian Games with Gold offering this month.