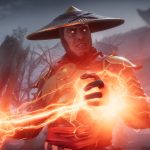 Mortal Kombat series co-creator Ed Boon of NetherRealm Studios recently revealed some information regarding the Nintendo Switch version of Mortal Kombat 11.  In a recent tweet Boon makes reference to an upcoming patch that would provide parity between the Switch version and current generation consoles.  This would be very interesting to monitor considering the Switch version is already running at a fairly consistent 60 frames per second on par with the PlayStation 4 and Xbox One.  The patch is scheduled to be released very soon:

Nintendo Switch MK11 update:
We are hoping to drop an MK11 Switch update this week (Friday) or early next week…. to make it at parity with the PS4 and Xbox1 versions. #StayTuned

Switch owners (including myself) have reported framerate issues and crashes in the Krypt section of the game.  Patch notes for the Xbox One, PlayStation 4, and PC can be found here

UPDATE 5/9 10:30 PM ET: Netherealm Studio just released a 6GB patch detailing all the latest changes to the Nintendo Switch version of MK11. Some notable changes include:

All of the updated patch notes can be found here.