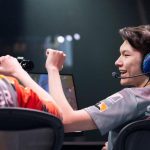 You are reading
Winners and Losers of Stage Two, Week Five

Another five weeks down, another regular season stage complete. The good is we still have the Stage Two playoffs next weekend, and then it’s All-Star Break time. For those of you who have been saving your OWL coins, get ready to splurge! While we wait, however, we need to see who positioned themselves the best for Stage Two’s playoffs, who lost ground, and who completely screwed themselves. Here are your winners and losers!

Division Winners: One perfect, the other lucky. The San Francisco Shock reign over the Pacific Division.  Not only did the Shock win every match this stage, but also every map. Every match was a shut-out for the Shock, ensuring their top seeding for the Stage Playoffs. On the flip side, London had the pieces fall perfectly. London did its part by dismantling the Houston Outlaws, but the Atlanta Reign upset the NYXL again to skyrocket London from fifth place to second. They won the Atlantic Division, and now play the Dallas Fuel first next weekend. These are two teams ready to make deep Stage Playoff runs and a potentially entertaining Championship pick.

Chinese Teams: It’s finally happened: a Chinese team (two actually) made the postseason. The Shanghai Dragons, a season removed from going 0-40, clinched its first playoff spot despite being the final victim in San Francisco’s quest for perfection. Shanghai will get a shot at redemption to start the Stage Playoffs, as they play San Francisco in the first match of the weekend (see end of article). Hangzhou Spark will join Shanghai in the playoffs after fighting tooth and nail against the Seoul Dynasty to win 3-1. The most hyped expansion team in the offseason has overcome their disappointing first Stage and will play London first this weekend. 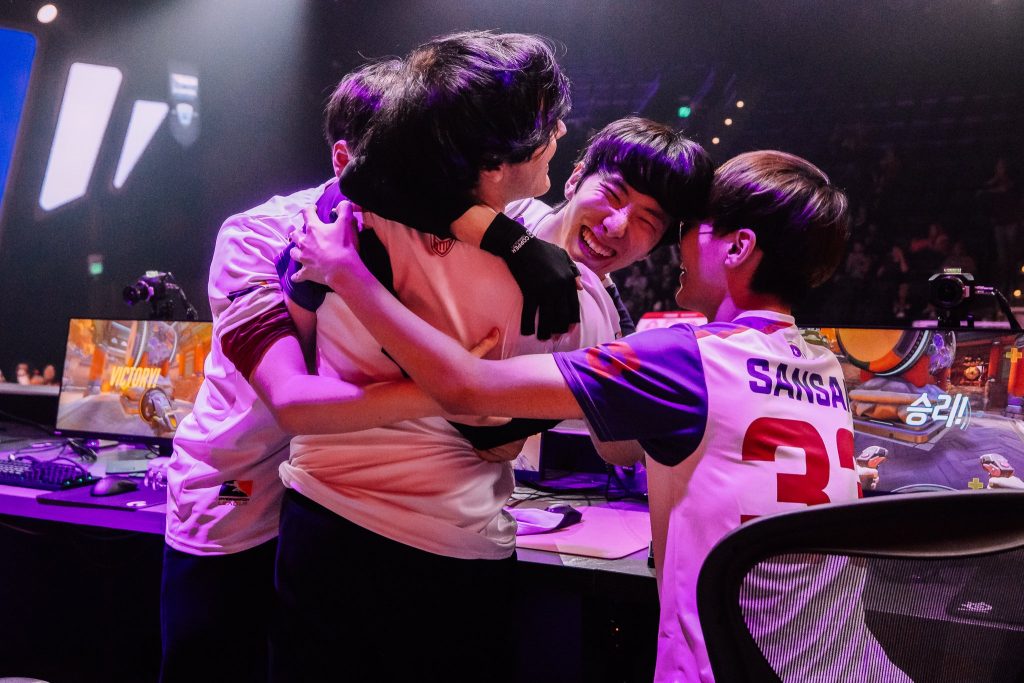 Upsets: First the Gladiators, then the NYXL (again), and finally the Boston Uprising. This weekend’s main course was upset, served as late as possible. Boston upset the LA Gladiators, knocking the latter out of the ranks of the undefeated. Next, Atlanta upset the NYXL, confirming them as the NYXL’s kryptonite, and bringing the NYXL down to fifth. Finally, the upsets came full circle with Washington Justice upsetting the Boston Uprising on the drive for ice cream. The Gladiators and NYXL now have each other to look forward to as they open the Friday playoff games.

Seoul & Boston: This was a rough week for these teams. To be fair, Seoul did play the unstoppable Vancouver Titans, and Boston did beat the LA Gladiators. Simultaneously, they are both out of the playoffs. Boston lost at their own game when the Washington Justice reverse-swept them, and Seoul’s couldn’t eke out map wins after winning the first. Both will have a full month to fix themselves for Stage Three due to the All-Star Break, and they could very much use it now.

NYXL: First they had issues getting over the Stage Playoff hump, now they have a monkey Reign-ing over their back. Had the team won 3-1 or better, they would have a tiebreaker with London for the Atlantic Division crown and the second seed. Instead, they slid down to fifth after the Atlanta Reign’s favorite upset special. Have I been harping on this upset a lot in this article? Yes, because the NYXL won’t succeed until they can get over these bad humps.

Houston Outlaws: There will be no happy “yee-haws” this Spring. Houston finished Stage Two winless after losses to the Guangzhou Charge and London Spitfire. As mentioned last week, Houston’s biggest failure has been converting strong individual performances into wins. To quote OWL Analyst, MonteCristo, “Their efforts should never have been playing GOATS instead of finding their style.” One of Houston’s four map wins was running a dominant DPS-comp against the Vancouver Titans. While not to say Houston should have just run DPS all Stage, what they did do didn’t work at all.

Yep, it’s time for the next round of Stage Playoffs! Look for a full run-down later this week, but for now, here’s the schedule to whet your appetites.