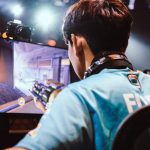 You are reading
Lessons We Learned: Overwatch League Play-In

Congratulations, London Spitfire and Seoul Dynasty, you are the 2019 Overwatch League Play-In winners. Get ready to face Vancouver and New York in the first round of the playoffs, you both earned it. As is the case, London and Seoul were not the only teams to play this weekend. Four other teams fought and lost in varying levels of glory. Likewise, I made and adjusted my predictions before matches started, and I have to thank London for making sure I wasn’t completely wrong. Given the playoffs and its clearer stance on winners and loser, I’m changing this column a bit. Much like when Stage 3 coincided with E3, I’m focusing more on the lessons we learned instead.

The Ice Pick Meta is Dead in the OWL Playoffs

Another patch brings another meta, so farewell Ice Pick. This lesson is about what’s new, what stayed, and what’s gone. Reaper was used a bit, and Orisa was a mainstay tank all weekend, but Mei and Roadhog barely showed up. Pharah, Doomfist, and Sigma replaced them all. For example, Eileen and Nero were all over Chengdu, with Eileen earning MVP Honors. He really should have shared it with Nero for his performance as Pharah. However, that does not necessarily mean Pharah & Doomfist were the be-all damage dealers this weekend. For reference, watch Sideshow’s breakdown of Fleta’s first map performance (profanity warning):

Likewise, Orisa and Sigma’s frequent pairing would lead to more Symmetra appearances for shield melting. That’s partly why Doomfist is so important right now: he can one-shot Symmetra with ease. Guangzhou, Shanghai, and Seoul taught the biggest “counter” lessons about this meta: Pharah, Doomfist, and Symmetra to get around shields, Doomfist to prevent Symmetra from abusively melting shields, and McCree to keep the skies clear.

Shanghai Dragons Could Play All Day

I learned my lesson: don’t count out the Shanghai Dragons. If Shanghai put part of their loss on fatigue, I wouldn’t blame them. Don’t let the score fool you, their first match went seven maps because the teams tied on Map Three (Temple of Anubis). What’s more, King’s Row actually appeared twice because Numbani experienced technical issues and couldn’t be played. Then, on their second match, we got a match worthy of the championship bout. Shanghai took London to eight maps before succumbing on Ilios.

It’s kind of sad, but also very impressive. Shanghai could have made another magical run for glory, but their near-victory in the Play-In was enough to show how wrong I was about their playoff hopes.

The London Spitfire’s lesson for us is also a warning: they’re back. They didn’t just eke out a win against the final Stage Champion, they won with resilience, classic tactics, and answering a major criticism. When the Dragons either won or forced a tie on three straight maps, London held strong. Profit dug deep into last year for the best Tracer plays to ever grace the game. London won on its worst map, Ilios. That win on Ilios concerns other playoff teams also because Shanghai was one percent away from taking that map to win the match. Finally, the playoff format is double-elimination style this year, so even if London does lose at some point, they can still rise from the ashes. I hope New York is ready, because they might lose in the first round (again).