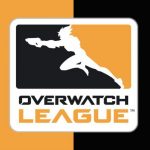 The 2019 Overwatch League Playoffs are officially here! This long road started back in February, took us through the final three Stage Playoffs, showed us what’s changing next year, and who’s ready to fight for the greatest glory. GOATS dominated the meta until the Role Lock came out in Stage Four. Likewise, four new characters entered the fray, mostly changing or augmenting the meta (sorry, Ashe). Now that we’re finally here, we need to review who’s still in it! Look here for the Overwatch League’s playoff primer; it covers the current patch, playoff format, schedule, etc. Next, go look up what happened in the Play-In. Finally, come back here and find out more about the Top 6 Playoff Teams.

To quote last year’s halftime performer, all the Titans do is win. People forget that the Titans were an expansion team this year. Before entering the Overwatch League, they were Project RunAway. At first, the team choked for years on end. However, Project RunAway did get a championship in before coming to Canada. This year, Vancouver started 19-0, won the Stage One Playoffs, and finished second in the Stage Two Playoffs. Vancouver has not one, but two MVP candidates, Twilight and Jjanu. If that doesn’t show how dominant this team is, nothing will.

There is one point of concern, however; the Titans had an okay adjustment to Role Lock and lost twice in Stage Four. To be fair, those losses were to strong teams in the Washington Justice and San Francisco Shock. This team is primed for a deep playoff run, even if they’ll go through the losers’ bracket.

Don’t let their division crown fool you, the New York Excelsior underperformed this year. After reigning MVP, Jjonak, led the XL to perfect attendance in the Stage Playoff Championships (winning two), the team failed to get past the second round of this year’s Stage Playoffs. They were division winners twice, the top seed once, and only won one match. Further, the XL finished below .500 in Stage Four, and play in the weaker, Atlantic Division. Case and point, the bottom five teams this season are all Atlantic Division teams.

Unless the NYXL can prove me wrong (which London and Seoul did), expect them to be out by the first weekend.

Long-term planning pays out in bunches. Despite a middling, inaugural season, the Shock made minimal, but notable, roster changes and came up big this season for it. First, the Shock made every Stage Championship this season, won the Stage Two Championship, and finished second overall in Stage Four. In addition, the Shock went undefeated throughout Stage Two. Tanks Super and Sinatraa are both MVP candidates. The Shock’s biggest strength is its consistency. After struggling a bit against strong teams in Stage One, the Shock have righted their ship and kept it sailing to the playoffs. This team has championship material.

China’s hopes lie here. Hangzhou started as the most anticipated expansion team, stumbled out of the gate, but roared back for a Stage Two Playoff upset against the London Spitfire and third overall finish in Stage Three. Guxue leads off as their main tank, GodsB their lead DPS, and iDK as their top support. Despite the peaks and valleys of this season, including ongoing issues with DPS player Krystal, the Spark are here. The Spark have the talent to go far, but this season doesn’t fully prove that (yet).

The Gladiators are on the right side of okay. Aside from a great Stage Two, the Gladiators hovered around .500 every stage this season. Role Lock could have helped DPS Gladiators, Surefour and Decay, but it didn’t. Nothing changed or drastically improved. There are times I wonder if Bischu’s temporary contract is what put this team into the playoffs. That contract, as temporary as it was, helped the Gladiators to Stage Two. This is a team that won enough regular-season games to make the postseason, but not enough to win in the playoffs.

Here’s a team that’s coming in hot. Atlanta started the season strong because of strong play from their main tank, DaFran, and support, Dogman. After Stage One, DaFran retired, and the team traded for San Francisco’s backup tank, Babybay. The Reign missed the Stage Two playoffs but beat the NYXL twice. Stage Three comes around, and Atlanta loses all matches outside of their homestand. Finally, Role Lock comes in, Atlanta runs the table to go undefeated and finish with the best Stage Four record. Not only does Atlanta lock up a postseason appearance, but they steal the last Playoff spot from London, forcing the latter into the Play-In. I don’t necessarily see Atlanta beating the San Francisco Shock, but that’s going to be the best match of Round One.

And without further ado, here’s my picks:

My predictions for the 2019 Playoffs. Thanks to Liquidpedia for the Bracket Picker.

Atlanta and Hangzhou will make extra noise, but San Francisco will come out on top. If London and Atlanta didn’t have to face San Francisco or each other, I could have seen them as a Championship matchup. Finally, as good as they both are, we’re only getting one Vancouver vs San Francisco matchup these Playoffs, but it’s going to be a brawl.

Good luck to all teams, and may the best team win the Overwatch League Playoffs.