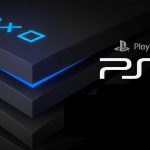 You are reading
PlayStation 5 Might Use Embeded SSD Storage Solution

You all have heard reading Wired magazine 2 weeks ago that PlayStation 5 will be using SSD storage that according to Mark Cerny will speed up games loading time up to 19 times. That sounds great but many are still scratching their heads and wonder what sort of SSD Sony will go with that would be both fast and affordable.

When you listen to any conversation about PS5 storage solution the first up is the fact that SSD is expensive but Sony could use a customized solution and maybe an idea on how PlayStation might tackle it.

Most SSD are 3.5-inch plastic boxes with SATA connector that looks almost identical like an external drive and you connect it via cable to the motherboard. We also have a smaller SSD that looks like RAM memory modules that you stick directly to a slot on the motherboard. Both SSD types consist of a bunch of memory chips installed on a PCB board. What if Sony decided to install these chips directly on the PS5’s motherboard?

Sony engineers would have full control over the type of chips, data bus and they would get rid of extra plastic and other parts that cost extra money. Putting these memory chips directly on the motherboard would lower the cost of such an SSD solution surely.

There is also a downside to such solution as future PS5 owners would not be able to swap PS5’s SSD drive as it would be built into the PS5 itself.  Sony could decide on a way to increase the SSD storage space.

This would also not be the first time such tech would be used. At the end of the last generation, cheaper PS3 and Xbox 360 models that released with 6 GB of internal storage instead of a proper HDD. These were flash memory chips built into the motherboard, not SSD type of memory but the idea is very similar.