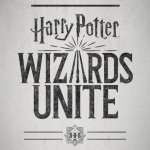 Yesterday, Harry Potter: Wizard’s Unite launched on mobile devices in the U.K. and USA from Niantic, developer of Pokemon Go. Like it’s predecessor, Harry Potter: Wizard’s Unite is an augmented reality game. It tasks players with walking around the real world to perform tasks to preserve the Statute of Secrecy. Unlike Pokemon Go, Wizard’s Unite actually has some semblance of a story that takes place after the books’ events. A dark wizard has scattered all manner of magical artifacts around the world. Harry Potter and Constance Pickering (the Head of the Statute of Secrecy Task Force) have tasked you with tracking down the missing items and casting spells to collect them.

We can’t believe how stable these servers are either.

Upon initial startup, the game introduces you to the registry. The Registry is a collection of every object you have found and successfully freed from the world. The Registry is divided into ten categories, with each category having three sets of collectables to find ranging from characters, to locations, to items. It is enough to make every Squib weep. By collecting items for the Registry, players rank up and earn items to be used to assist in their pursuits. To capture an item, players click on Traces(like the one below) and cast a spell that will be graded based on the speed of the cast and accuracy of the motion. So far, it seems that the casting speed is significantly more impactful on the overall spell score than accuracy. Potions can assist in the spell score as well, but you won’t be able to brew those until Level 4.

The Wizard’s Unite world is populated by more than just random encounters. Prominent locations in your hometown will show up as inns where players can collect resources, runestones, and seeds. Portkeys will spawn into the world and must be unlocked with golden or silver keys. After inserting a key, the player must then walk a certain distance to cause them to transport the player across the Potterverse (my first one sent me to Hagrid’s Cabin at Hogwarts).  Certain locations will have a high density of Traces of a certain type, so if you want to grind one of the Registry categories, keep an eye out for these areas. Seeds can be planted in Greenhouses, locations that appear as blue crystals on the map. These can then be harvested in order to brew elixirs. Finally, you can drop runes at Fortresses to initiate Wizarding Challenges.

For new players, the amount of content can seem overwhelming. Here are some tips for new players to get them rolling in the Wizard’s Unite.

So far, we are impressed by Wizard’s Unite’s depth of content and server stability. All told, the amount of different activities to do in the world is significantly more impressive than even in the current incarnation of Pokemon Go, much less how the game launched. So get out there; you’re a wizard now.