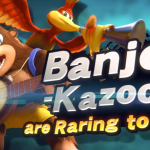 You are reading
What We Learned From Nintendo’s E3 Direct

Nintendo’s E3 Direct wrapped up the annual week of major developers’ press conferences today from noon (EST) to one. We got a bevy of information on new titles, including game information, release dates, and add-ons. For Doug Bowser’s first E3 as Nintendo’s president, the company came out swinging. Here are some of the biggest stories out of the Direct:

(Not Doug) Bowser is Already Trying to Take Over Nintendo

The Direct opened with Bowser wearing a tie, getting ready to Bowser talk Nintendo before Doug Bowser came in, assumed his rightful throne, and got Mario’s archnemesis off the screen. Credit where it’s due though, this might be the most original idea Bowser has ever had.

Luigi is getting his Switch game this year. We got a trailer chock-full of gameplay, showing Luigi sucking up ghosts, slamming them to make it easier to suck up, and among other things, showing us Goo-igi. Goo-igi is a gooey, controllable Luigi-facsimile that can be used when necessary, but he can get easily washed away. There is multiplayer co-op, where players work together to clear out floor after floor of challenges. Nintendo declined to announce an exact date, but they did confirm that it will release later this year.

The Wild Hunt is Coming for Nintendo’s Peasants

Legend of Zelda is Getting the Royal Treatment

First off, the Nintendo Switch remaster of the Game Boy’s “Legend of Zelda: Link’s Awakening” got a major setpiece in the Direct, showing off its completely redone graphics. Like the original Link’s Awakening, Link will be a young boy, fighting off monsters in the wilds from a two-dimensional playspace. Simultaneously, the designs are all three-dimensional and vibrantly colored. Link’s Awakening will re-release on September 20th, 2019.

Also, Nintendo has heard and seen the amazing response to 2017’s award-winning “Breath of the Wild,” and ended the Direct by announcing the sequel is officially in development. There was a teaser trailer, showing Link and Zelda delving into a crypt to find a darkness-spewing corpse reanimate, and let out a fierce howl.

Animal Crossing is finally getting a new, main series entry. Eight years after “New Leaf” released on the 3DS, “New Horizons” will bring players back to building their own homes amongst anthropomorphic creatures like pigs, dogs, and the financial collector, Tom Nook. In the trailer, players could pave their own roads, pole vault over streams, and play with seemingly more than four players at one time. “New Horizons” will release on March 20th, 2020.

Finally, with a new Smash game out at the end of last year, it would only make sense to show the next character here. At first it was Deja Vu because we saw Donkey Kong and Diddy Kong sleeping in their cabin, just like in King K. Rool’s reveal. This time, the king was with them. Donkey Kong stirred after a shiny object bounced past him, so he woke the others, they ran to the window and saw Duck Hunt pranking them. Duck Hunt laughed for a bit before being booted out by the new character: Banjo Kazooie. The aforementioned Donkey Kong and company rejoiced, gameplay of Banjo was shown, and we got a release date of Fall 2019.

For more on all things E3, check out the Lords of Gaming website.