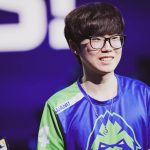 You are reading
Stage Four, Week Three: Winners and Losers

Two more weeks; that’s all teams have left of Stage Four to make the playoffs. Before we begin, it’s time to look at the updated playoff standings: 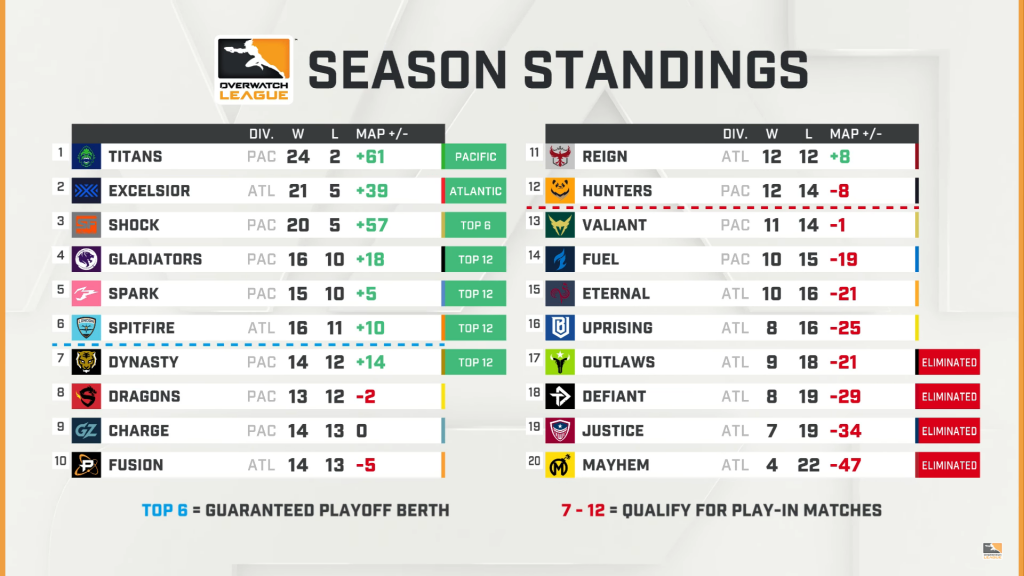 The Vancouver Titans locked up the top, overall seed, and New York Excelsior locked the second seed. San Francisco Shock, the only non-division winner guaranteed a top-six spot, secured the third overall seed, while the LA Gladiators, Hangzhou Spark, London Spitfire, and Seoul Dynasty fill out the remaining, clinched play spots. Guangzhou Charge and Philadelphia Fusion can each clinch a top-twelve spot with a win, and next week has a slew of more complicated clinching scenarios.

But enough of that for now, it’s time to review who’s rolling high and who’s getting snake eyes.

My, oh my, do the Justice wish role lock was season long. Washington is undefeated through five matches in Stage Four, despite coming in already eliminated from the playoffs. The Justice picked up wins against Boston and Houston, the latter putting the final nail in Houston’s coffin. If the Justice teaches us anything this season, it’s how the Stage format ensured each team’s moments of glory were remembered. San Francisco’s unmarred Stage Two and Shanghai’s cinderella Stage Three run should welcome the Justice with open arms.

As mentioned above, the top three seeds are locked up. It’s no surprise that each was the #1 seed in the three Stage Playoffs this year, and two of them won a Stage Championship. Guangzhou solidified the Titans’ top seed by shutting out New York (more on them later). Vancouver did take an odd loss to Washington, but that’s easily excused with Washington’s performance thus far this stage. San Francisco has remained true to form and stayed undefeated through four matches this Stage. We will get one, last regular season match between the two in Rivalry Weekend, August 24th. No matter what happens in the last two weeks, these teams can start focusing on the biggest prize of all: the Grand Championship in Philly.

There’s coasting and there’s New York’s Sunday performance. New York went down after three rounds of Control, but then Guangzhou full held them on the remaining three maps. I could understand a sweep had New York put up some semblance of a fight, but they lost so badly Guangzhou’s coach spared no mercy. This was possibly the last chance we’ll see New York playing at full capacity until the playoffs now that they’re locked into the second seed.

We need to talk about New York’s failures under the spotlight this season. Stage One, upset in the first round because of a bad Nenne Graviton Surge. Next, the NYXL did win…once in the Stage Two playoffs but stumbled their way there with two losses to Atlanta. Finally, they were Shanghai’s first victim on their Stage Three run to glory. Does New York have a championship run in them? Are they the esports equivalent of this decade’s Oklahoma City Thunder or Detroit Tigers? New York is running out of opportunities to prove their legitimacy.

It’s that time of the cycle again where the meta-haters come out of the woodworks. Right now, the meta is generally Orisa, Roadhog, Mei, Reaper, and area of effect healers. Most complaints stem from the comparisons to GOATS’ slow-paced play. Further, fans are using the Twitch chat to raise their displeasure during match streams. Arguments about the role lock implementation aside, Nathan Grayson from Kotaku noted that some people are even calling for more updates to Overwatch. However, as Grayson rebutted, “That’s not really a viable way to run a professional sport, though. Certainly, a degree of unpredictability can be fun, but too much is just chaos.” Every meta has its online haters and they inevitably become the news.