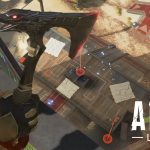 You are reading
Loot Boxes Have Overshadowed the Apex Event

Respawn finally brought the most requested update, Solo Queue, to Apex Legends, but fans are more focused on the loot boxes. Why? Is it because they include event-exclusive skins? Nope, but those skins look great. Maybe the focus is positive news about the Octane-inspired section? Not that either. It’s a bad reason: “It’s classic loot box hell.”

Apex, like many, if not, every EA-related game, has a loot box system that players can either earn through gameplay or microtransactions. As a Level 60+ player, the higher your level, the fewer boxes you earn. That said, this update is a timed event. Therefore, there are event-specific loot boxes, which guarantees either one of the twelve epic or twelve legendary cosmetic items. Plus, once players unlock all of those cosmetics, they can get an heirloom weapon (more on that later). Players can earn two for free through the event’s challenges, but the only way to unlock the rest of the cosmetics is to buy event loot boxes.

This doesn’t seem terrible at first glance, but that ignores the event loot boxes’ mark-up. A non-event box costs about $1, an event box costs $7. Moreso, this is the only way to get the event cosmetics because they are not for individual sale anywhere on Apex’s in-game store. Apex is also rewarding event-specific currency, called crowns, but they can only buy the weapon, banner, or voice line cosmetics.

Players need to shell out at least $140 to get enough loot boxes for the epic and legendary cosmetics. Now we get to the heirloom weapon, a Bloodhound-exclusive ax. This is the only item players can buy outright instead of hoping for loot box luck…for the equivalent of $35. Therefore, players need to spend at least $175 to get all event cosmetics.

This is a Black Mark for Respawn

To quote the above article, “It’s classic loot box hell.” First and foremost, this completely erased the good things Respawn did for this event: they brought us the most requested feature up to now, put in a really cool new map area, and the aforementioned cosmetics looks really cool. Most of the Apex subreddit’s readers are slamming this pay-for-loot system, which shifts the focus from the positives to the absolute negatives.

Second, these cosmetics cost nearly thrice what a brand new video game does. September sees the Monster Hunter World: Iceborne expansion, Gears 5, and Borderlands 3 release. Players could trial Xbox Game Pass Ultimate for a $1, download Gears 5 from it, buy the other two games and save almost $60 when compared to the Iron Crown cosmetics. Heck, players could take full advantage of the Xbox Game Pass Ultimate exploit for the same price as all of these cosmetics.

Loot boxes are a bad mark on the gaming industry, and EA routinely forces them onto customers. Apex, a free game that originally could justify microtransactions, went too deep on them. It was one thing when the Season One Battlepass was underwhelming but less than $10. Now, Apex went too far with this event. May this event’s microtransactions be a lesson for future Apex events.