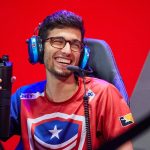 You are reading
Stage Four Week Two Winners and Losers

Stage Four threw the 2019 OWL guide out the window. GOATS is gone, top teams dropped bad matches, and everyone is a chicken with its head cut off. Fortunately, this week did help to focus the Regular Season Playoff Picture and separate the contenders from the pretenders. Below are the standings with three regular-season weekends left. 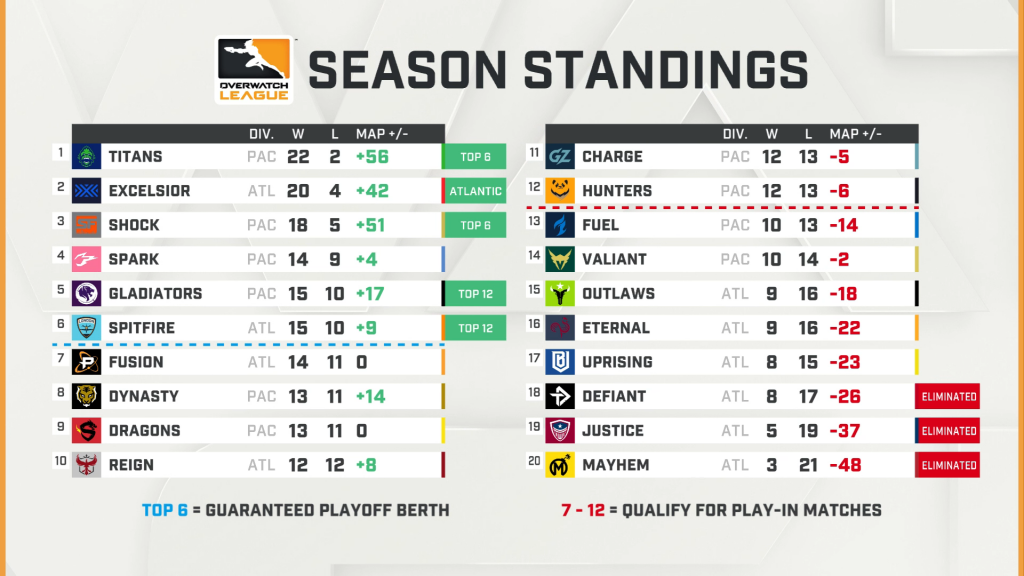 The top three teams clinched playoff spots, and the bottom three are completely out. That does not mean each group won and lost this weekend respectively. Let’s look at who did win and who did lose.

Please refer to above note about top and bottom three teams. Toronto Defiant upset the final Stage Champion Shanghai Dragons, 2-1, Washington Justice shut out the Vancouver Titans, and the Florida Mayhem beat the London Spitfire, 3-0. Florida and Washington were officially eliminated at the start of Stage Four, and Toronto fell this weekend. Further, Toronto beating Shanghai also confirmed that each team that went winless in a Stage this season beat that stage’s champion later on (ie Houston over San Francisco in Stage Three). I know that there’s little point in examining Stage Four standings, but Washington is 3-0 so far this stage. Could next season be a Shanghai-esque turnaround for them? Maybe!

Overwatch is a team sport, but you have to admit that Washington beat Vancouver on Corey’s back. Corey is the driving force behind Washington’s late-season success, taking all three “Players of the Match” honors. At this point in Stage Four, I have two, obnoxiously early predictions for next year:

A) With a good offseason, the Justice will make some noise throughout the 2020 OWL season.

B) Corey will be an MVP candidate.

Honestly, this should have been here last week when Stage Four started. With Atlanta’s surge through the standings, we have the top ten teams gunning for a secure playoff spot, then we have the next four teams going all out for the last two play-in spots. The last group will each face at least two different top tier teams before the end of Stage Four, meaning that Guangzhou and Chengdu are sitting the prettiest in a tight race to the finish. Now here’s the thing: we’re not done! Last week, the league announced the playoff format, which highlighted byes in the Play-In for the 7th and 8th teams overall, and double elimination style for the Regular Season Playoffs. The League is experimenting a lot with the end of this season, giving us ideas for what’s to come.

Stage Four is officially where everything gets weird. In a season marked by the dominating yet unpopular GOATS meta, role lock has brought the chaos. You want Vancouver and New York to lead their respective divisions? Nah this stage makes them lose to bottomfeeders. Do you want organically grown metas? Nope, they’re all made from a 2-2-2 comp.

Let me be clear: the role lock has positively affected the League, it’s just that everything didn’t profit from it.

I hereby dub the teams in these seeds pretenders. First up is Houston, who lost to Philadelphia and Atlanta this weekend 3-1 both times, dropping them to 9-16 on the regular season and a -18 map differential. Paris is right behind, who couldn’t capitalize on their stage-opening win against Houston and has now lost three straight matches. Boston actually didn’t play this week but are still winless so far this stage. It’s time for these teams to face it: their season is done. All they can really do is play with heart over the next few weeks and finish strong.