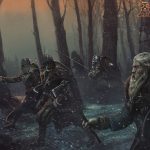 You are reading
Ancestors Legacy Review

Back in 2018, the Iron Lords Podcast traveled to PAX East in Boston.  There were a lot of amazing games we played at PAX, yet there was one particular game that stood out for me. That game was Ancestors Legacy developed by Destructive Creations and published by 1C Entertainment. Ancestors Legacy initially released on PC May 22nd, 2018, now releasing on Xbox One and PlayStation 4 on August 13th, 2019. It’s a squad-based real-time strategy game and takes place in the year 793. 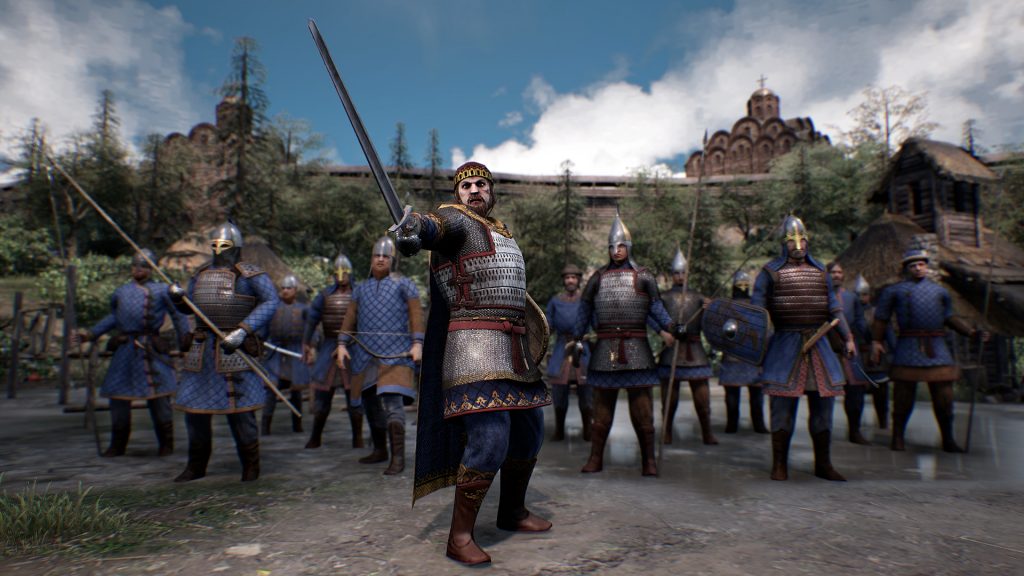 Graphically Ancestors Legacy is a very solid looking title. I played the game exclusively on the Xbox One S for this review. The Xbox One X and PS4 Pro versions support 4K & 30FPS. The textures look very realistic and the Unreal Engine 4 really shines. There is also a dark filter that really gives the core gameplay a serious tone and makes everything stand out graphically. One thing I really enjoy about the gameplay environment is how well water and fire are displayed. While attacking enemy buildings you can throw torches, and it is very cool to see the rising flames while buildings burn down.

One of the greatest aspects of the game is the option for cinematic camera angles. If you don’t want the UI and all the fonts of text blocking your troops from slaughtering everyone, you can press the right analog stick for a clear up-close view of the action. This provides a real sense of bloody viscerality to the combat that it often times missing in the pulled back camera views so common to the genre.

The performance is also very solid for the most part. There are slight framerate drops here and there but nothing game-breaking. The menu screen, however, can become slightly glitched. There were times I would press something on the menu, and it would have some sort of input delay. Keep in mind I played Ancestors Legacy without any day one patch and hopefully, with a patch, the issues I encountered will be solved. 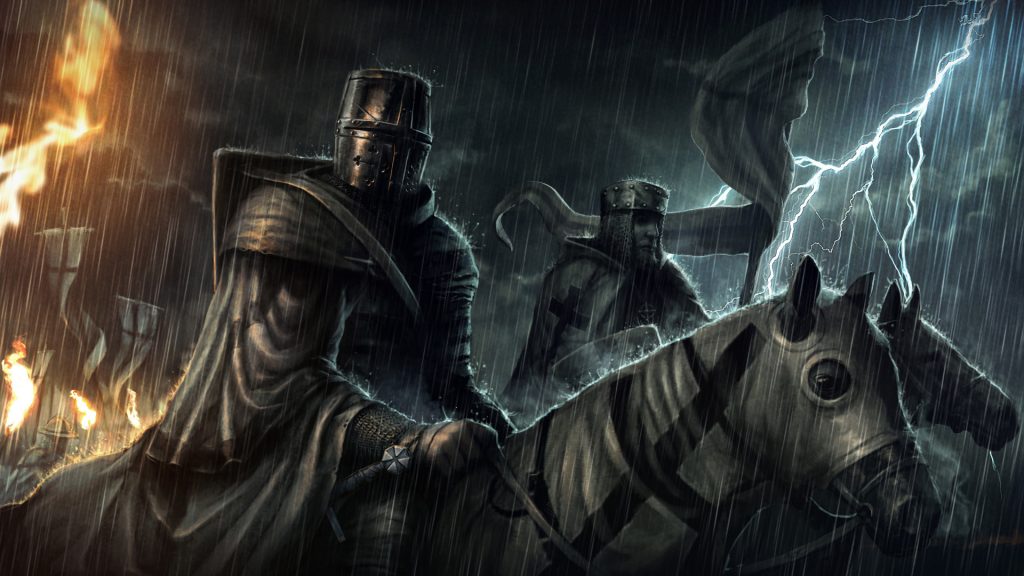 Ancestors Legacy plays out like your standard objective-based average RTS. One of the biggest differences is the sheer amount of story content included in this game.  Four playable nations all in the 13th century with two different stories from each faction at around 5 chapters.  This shapes up to be eight individual stories with around 8 to 12 hours of gameplay apiece. You have the Vikings, Anglo-Saxons, Germans, and Slavs. Each faction is tasked with conquering, raiding and pillaging enemy camps though the game really  opens up in places. Everything is influenced by historical events of the Middle Ages. The game has amazing voice acting, and it really stood out in all the individual stories. Each historical event was well told, always engaging, and never felt dull. In my opinion, the narrative was also very well-paced. 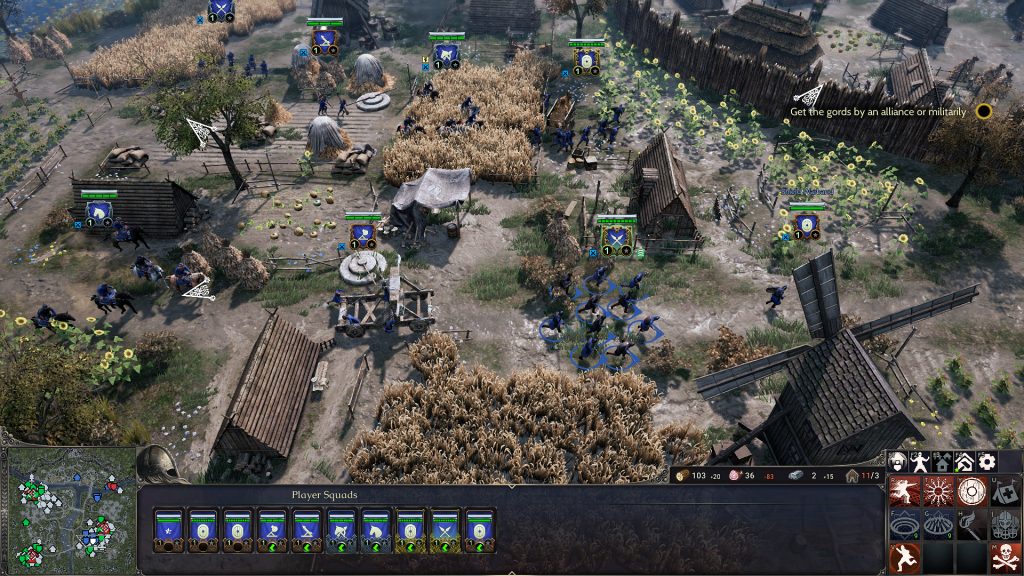 Ancestors Legacy feels like classic RTS’ in the vein of Age Of Empires and Command and Conquer. Basic micromanagement in this game includes maintaining a powerful army and managing how much money you make, to eventually what you spend it on. Base building is pretty simple with only a few options from the initial base you start with. When you build something from the hub menu it will naturally find a spot on the map to place it. However, the game gives you no specific control over where exactly you can build your base.  I was not the biggest fan of this design decision. I prefer my RTS games to provide more choices and options. If I want to construct my base with unit builders in the back or front of the base, I should be allowed to do so.

The unit building in Ancestors Legacy is also restrictive, only giving access to ten units in general. I prefer having access to a bigger variety of units for different situations. As a result, I felt forced to build units for very specific things and not control the battle to the extent I wanted. Every unit does have special abilities that make them unique to each section of an army. Archers could use an accuracy ability that can make them better shots.  You can also level up units depending on how you want them to fight.  Leveling options can make units faster or stronger as well as more defensive.

A unique gameplay feature I noticed about this game is that retreat is a specific command. You can’t just command your army to run away to a certain location in the middle of combat. The only way to run away is to click the retreat option because any other attempt will result in your army staying to fight.  I found this feature to be kind of cool and honorable based on the time period of the game. The controls are not the most console friendly, however. Keyboard and mouse, in my opinion, are still more ideal for this style of RTS gameplay. 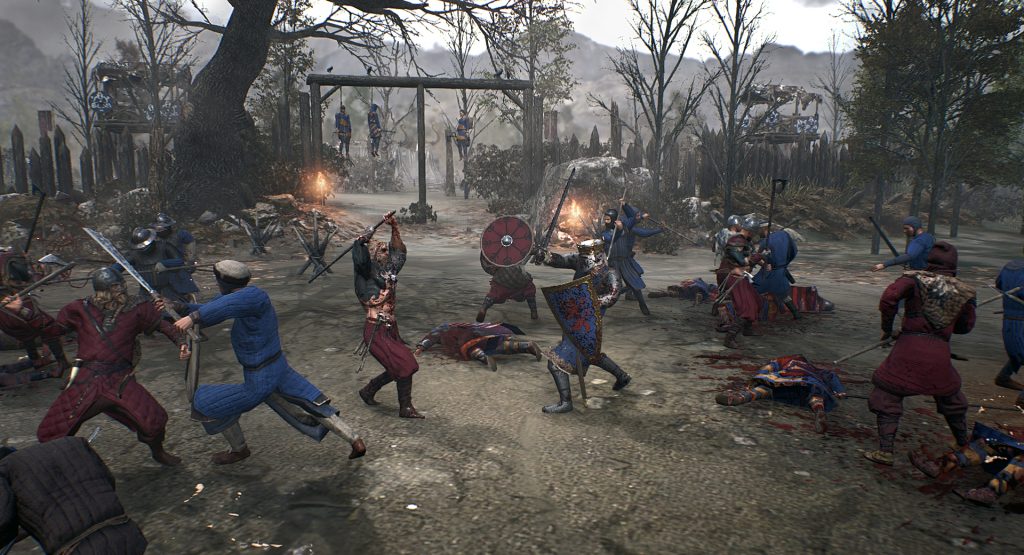 Ancestors Legacy multiplayer was a solid experience and very well balanced. You start from scratch and work your way up to overwhelm your opponent with brute force and strategy. You can play as a team with 3v3 or just classic 1v1 on a variety of different maps. As much fun as this multiplayer is there are some negatives to it. One pet peeve of mine is the lack of in-game chat during multiplayer. Not a huge issue in 2019 because of services like Discord, but I feel that most RTS games with online components should have a mandatory game chat feature.

The lack of features showing what you’re allies are doing on the map was particularly frustrating. For example, the game needs to show an icon on the mini-map to visualize what your ally is looking at to make things easier to communicate. Some sort of marking system would be welcome so your teammates can get your attention to key parts of the mini-map. The biggest online complaint I have for this game is the lack of private invites for your friend’s list. Sure you can all just join the same server that you and you’re friends agree on, but this is not PC, and a lot of console gamers are not going to be okay with that. 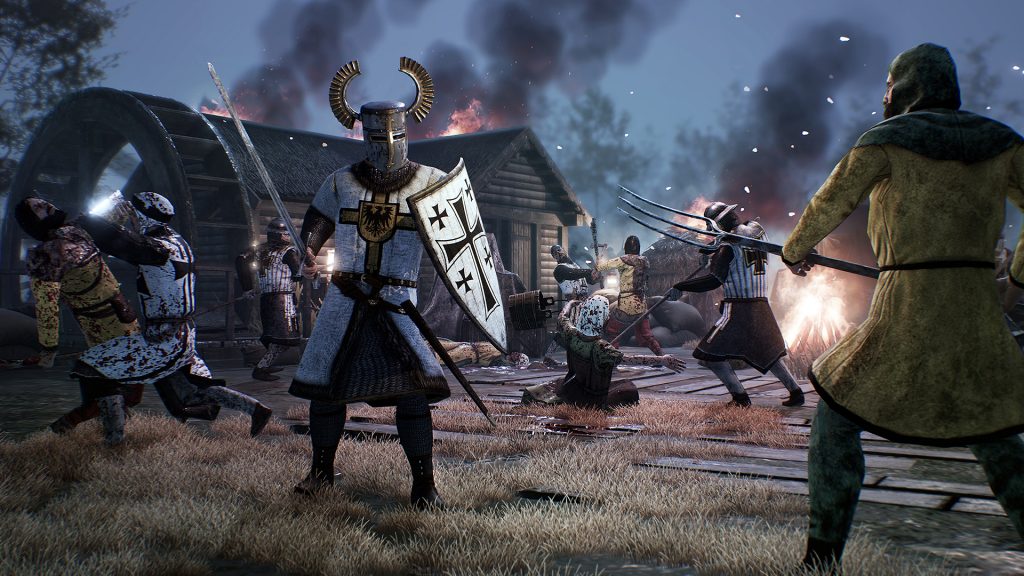 Ancestors Legacy is a solid RTS that for the most part, I enjoyed on console. The game has a solid engaging single-player and a multiplayer component to dive into after the narrative is completed.  One of the biggest highlights of the game is that it’s a classic PC RTS game that is actually playable on console. Most RTS PC games never see the light of day on home consoles and you are getting a good one at that. Is Ancestors Legacy the best RTS ever made? Definitely not the case but it’s a very solid experience that I’d recommend at its price point. If you’re a huge RTS fan then its worth the price of admission based on the story alone.