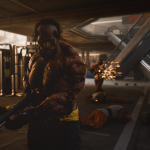 Developer CD PROJEKT RED of the highly anticipated game Cyberpunk 2077 made some exciting announcements today. For the first time, the developer has officially confirmed that multiplayer will be included in the title. For the Cyberpunk 2077 multiplayer component, the studio is looking to hire multiple positions to join their team. These would include Game Designer, Network Programmer, 3D Character designer, and more additional roles.

1/2 Until now, the only thing we said about multi was that it was in R&D. As we’re getting closer to launching ‘single player’ Cyberpunk 2077 in Apr. 2020, we’d like to confirm that multiplayer's in the works! If you feel like lending us your skills apply: https://t.co/QQV6qsuvhk pic.twitter.com/GHbiS5N3DT

In addition to Cyberpunk 2077 multiplayer being added, the developer has also announced multiple free DLC’s for the game. This will be after the initial release date of April 2020 and in the form of single-player content. This is very exciting news for fans anticipating the next iteration of the Cyberpunk series.

The Iron Lords Podcast was extremely impressed with Cyberpunk 2077 at a closed-door reveal at E3 2109. Additional free DLC and multiplayer continue to make Cyberpunk one of the most sought after titles in 2020.