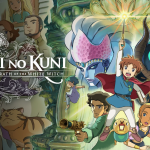 You are reading
Keep Ni no Kuni Remastered On Your Radar

Ni no Kuni: Wrath of the White Witch garnered its attention upon first sight due to its visual direction. It was then revealed that Level-5 was working with Studio Ghibli, the world-famous Japanese animation studio known for stellar films like Princess Mononoke and Spirited Away. On top of that, Japanese composer Joe Hisaishi was said to be working on the game’s music, ensuring the game would have a fantastic soundtrack.

It was a collaboration that was never done before, and it proved itself to be a success. For those unfamiliar, players control a young teenage boy named Oliver who travels to another world. Oliver, being convinced by a fairy with a Welsh accent, takes on the quest to save others and this new world from the dark grasp of an evil wizard. Without giving too much away, Ni no Kuni is a coming-of-age story filled with the charm, emotion, and imagination of Studio Ghibli films. The characters, especially Oliver, are well-crafted personalities that make them memorable and endearing. All in all, it’s a great story that’s worth seeing through to the end.

The gameplay is a mix of Pokemon and a light Tales of game, where Oliver recruits familiars he commands on an open, action-packed battlefield. Not only is combat visually appealing, but it feels great to play as well. Oliver can choose one out of three familiars on hand to start fighting and is able to swap in and out familiars in real-time. You’ll be able to level up these familiars and unlock more abilities or upgrade previous ones. I particularly enjoyed the combat because of its well-paced challenge and diversity in familiars. 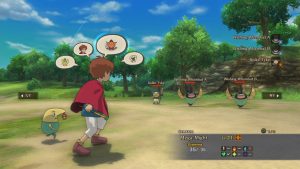 Once you start playing, you’ll immediately be swept into the gorgeous world of Ni no Kuni: Wrath of the White Witch. It’s a game that embraces the best out of its genre while feeling fresh because it’s done through a Studio Ghibli lens. For someone who has been asking for a rerelease, I’m overjoyed to see it coming to PS4 and Switch. One thing is for sure, I will definitely be going for the Platinum trophy (again) should I buy the PS4 version.

PS4 players can purchase the game in its remastered form that is promised to have 60fps or 4K at 30fps for Pro users. Switch owners, on the other hand, do not get the remastered treatment. Rather, their game is the port of the PS3 version, said to have a resolution of 720p and a framerate of 30fps. To add to this, reports have recently come out saying the Switch version has a number of bugs and glitches. While the supposed problems are nothing a patch can’t fix, Ni no Kuni on Switch may not be as polished.

With that said, I’m still considering to double dip as it’s one of my favorite games. Ni no Kuni wherever I go, whether it’s a 30-minute commute or 2+ hour plane ride, sounds amazing to me. At the beginning of the year, I wrote a list of games I wanted to replay in 2019, and Ni no Kuni: Wrath of the White Witch was one of them. Since the rerelease doesn’t seem to include any new features, it’s reasonable to see why returning players would wait to pick this one up. However, for newcomers, Ni no Kuni: Wrath of the White Witch is a must-own, whether it’s on PS4 or Switch. I couldn’t recommend it enough.