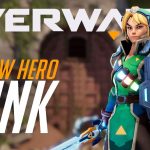 You are reading
Nintendo’s Link in Overwatch (Concept Art)

Blizzard Entertainment keeps their Overwatch game stacked with unique characters and filled with amazing weapons and ultimates. However, that doesn’t stop fans however from imagining what could come next. In celebration of Overwatch coming to the Switch and the launch of The Legend of Zelda: Link’s Awakening, fans on Youtube have created a mashup of these two iconic games.

This amazing fan made trailer shows off the one and only Link from the Legend of Zelda series as if he were designed to be a character in Overwatch.

This amazing video was created by

I honestly think that an Overwatch character with a sword and shield would be really fun to play as. Any other characters you would love to see make an appearance in Overwatch?