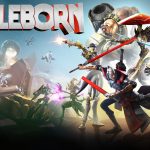 Do you remember Battleborn? Chances are unless you are super in the loop with what was happening with gaming back in 2016, you wouldn’t have. Battleborn was an online first-person shooter, that attempted to blend a plethora of different genres. From a MOBA style ability set, with class-based characters blending all of this together in an FPS format. It was supposed to be a one of a kind experience from Gearbox the creative minds behind the Borderlands franchise.  Are you sold? Because on paper Battleborn seemed like one hell of a game. Unfortunately, it launched the same month of a franchise you may also know, Overwatch. While Overwatch and Battleborn were different in many ways, Gearbox did a terrible job marketing the game. Which led to one of the biggest failed launches of this generation. Now fast-forward over 3 years later and 2K is announcing that they will officially be taking Battleborn servers offline forever.

In an official press release from 2K, it was announced that they have pulled Battleborn from digital storefronts. This is part of a slow but planned closing down of the game over the next year. The next step will be to pull the games premium currency which will be available to purchase until February 24, 2020. The game’s servers will remain open for players until January 2021 and then they will be closed forever. It is important to note, that the entire game will be unplayable. Whether it be the single-player campaign, or attempting peer to peer games Battleborn servers will officially be offline. The game joins the likes of Driveclub, which also recently suffered this very fate. It is a shame that Battleborn never found an audience, or had a second wind such R6 Siege, or Sea of Thieves. Let’s all pour one out and go play some Overwatch to remember what Battleborn could have been.