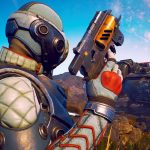 NPD numbers are in for the month of October, which features plenty of AAA titles. With so many options to choose from the front-runners of this month might surprise some people. As always thanks to the hard work and analysis from Mat Piscatella of NPD group for providing this information.

One of the biggest question marks of October’s numbers was how would Xbox Game Pass effect the sales of Outer Worlds. The new IP from Obsidian, that is published by Private Division found massive success sliding into the number two spot. This is a strong showing for Obsidian, and definitely makes Microsoft’s purchase of the developer look like a smart move for the future. Call of Duty Modern Warfare dominates the software numbers becoming the best selling game of the year with only being on sale for 6 days in October. This is the 12th year in a row that Call of Duty has ranked number one in the month of its release. Call of Duty as a franchise continues to be the best selling franchise in the USA since data has been tracked. Luigi’s Mansion comes in strong for Nintendo taking the number 3 spot on the best selling software list, and is the best selling Nintendo game for the month of October. 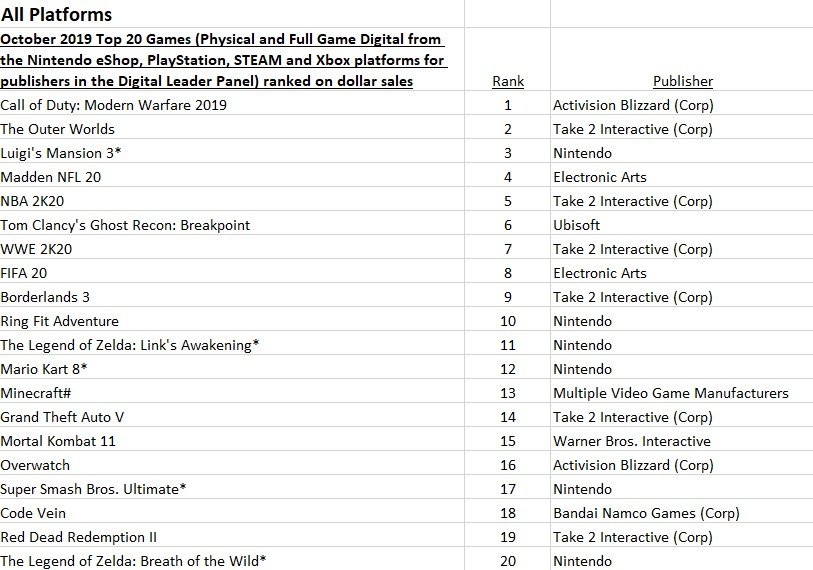 Outside of some minor changes, the top 10 best selling games of this year remain unchanged. With the exception of Call of Duty Modern Warfare taking the number two spot.

The Nintendo Switch continues its hardware domination of 2019, as it is the best selling console in the USA. It is the only console on the market currently that is up year over year. With hardware spending decreasing by 41% compared to October 2018 overall. As the generation continues to slowly wind down for PlayStation and Xbox, Nintendo has certainly hit their stride. It is interesting to note for PlayStation 4 data, that the PS4 is the third fastest selling home console. It sits just behind the Nintendo Wii and of course the PlayStation 2. It will be very interesting to see how hardware tracks heading into the launch of next generation.

What do you think of Octobers NPD numbers? Let us know in the comments and don’t forget to check back for the latest gaming news and information.