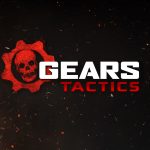 You are reading
Gears Tactics Gets Action Packed New Trailer

Gears Tactics is the first spin-off game that the Gears of War franchise has ever had. We first saw the Xcom styled spin-off at E3 2018, with more information promised at a later date. Many were hoping to see the game at E3 2019, however, there was no update during Xbox’s E3 conference. Today, during the Game Awards we got a brand new look at Gears Tactics. The game is made in partnership between The Coalition and Splash Damage. The game will officially launch on April 28th 2020 on Windows 10, Steam and available day one on PC Game Pass.

What do you think of Gears Tactics? Let us know in the comments and don’t forget to check back for the latest gaming news and information.