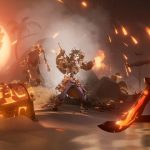 All games-as-a-service need to routinely update their game, and most do so with multi-month seasons (a la Destiny). Rare’s Sea of Thieves, a month out from its second anniversary, is a rare exception. The seafaring, open-world game has gotten monthly updates since 2019’s game-changing anniversary update. These updates have added new voyages, story missions, and has even included a raid. For Crews of Rage Rare’s likely last update before the game’s second anniversary, we got flaming loot, voyages, and more villains.

Crews of Rage Has an Explosive Secret

The Chest of Rage is the raging cornerstone of this update. Skeletons guard the chest in the Devil’s Roar. It’s a pirate’s ticking timebomb. If the chest stews for too long, it will exhale a fiery, area-of-effect breath. This breath will light anything it touches on fire, so keep it cool, unless you’re trying to release it on skeletons. Keeping it cool is simple enough: just douse it with water and it’ll relax. This chest isn’t just a treasure to sell, it’s a weapon to use.

Want one of these chests? Go ask Duke for directions. To find the chest, you need to do one of Duke’s Raging Bounties. These bounties always drop a chest, but you should start each bounty in the Devil’s Roar. Once you finish the bounty, you might want to head to The Reaper’s Hideout to turn in the chest because the Masked Stranger is still offering double rewards for loot.

Change How You Look in New Ways

If there’s an update, then there’s new cosmetics. Crews of Rage includes numerous new cosmetics for your pirate, your pets, and your ship. Speaking of new cosmetics, Rare has made a new ship design based on its gaming catalog, Viva Pinata. It’s available in the Pirate Emporium for purchase with Ancient Coins, the purchasable in-game currency for Sea of Thieves. 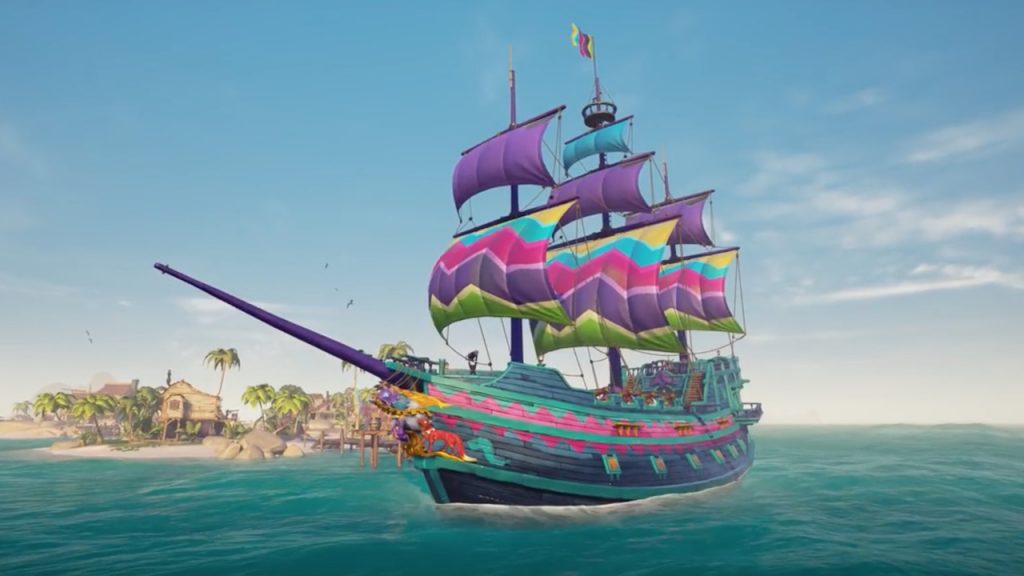 Speaking of how you look, Crews of Rage lets you completely rework it now. The biggest addition to the Emporium is the Pirate Appearance Potion, worth 149 coins. This potion takes you back to the launch “choose your base pirate look” menu from when you first play the game. You can choose a new base pirate look, and all of your progress & past purchases will carry over.

What if you don’t want to spend on cosmetics? Well, there are five more tomes to find and bring to Duke. Each tome unlocks another part of the Ashen Dragon cosmetic set. These are the last ones to find for the Ashen Dragon set but don’t fear if you haven’t found any yet. Every tome is still out in the Sea and still unlock a cosmetic when you give it to Duke.

Everything Leads to the Molten Sands Fortress

Finally, there’s only active fort right now, and it’s the Molten Sands Fortress in the Devil’s Roar. Crews of Rage currently deactivated all forts except for the lone one in the Devil’s Roar. Unlike most forts, this one is built on a giant volcano and gives Ashen loot upon completion. What’s more, Crews of Rage actually enlargened the island, making a bigger treasure room.

Sea of Thieves hasn’t been this fiery since the Forsaken Shores added the Devil’s Roar back in late 2018. It’s quite nice that the game is focusing on a specific region for an update. Further, it’s interesting how Rare plans to celebrate Sea of Thieves‘ birthday next month, but for now, let’s go unleash rage upon the Sea.