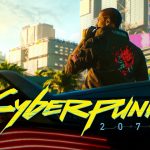 CD Projekt Red, the developers of the upcoming Cyberpunk 2077, have confirmed some big plans in regards to the Xbox Series X. In a statement on their official Twitter account, they said that any gamer who has purchased Cyberpunk on an Xbox One will receive a FREE upgrade when available. This is the first official confirmation of an updated version of the game coming to the Xbox Series X. It is also a peek into how cross-compatibility will work on Microsoft’s new console. This lays a foundation and a trend for other third-party developers to build from. Cyberpunk was recently delayed until September, but it is unclear on if this upgrade will be available at launch

Gamers should never be forced to purchase the same game twice or pay for upgrades. Owners of #Cyberpunk2077 for Xbox One will receive the Xbox Series X upgrade for free when available. https://t.co/nfkfFLj85w

Just this morning, Microsoft confirmed all-new tech specs for their console including a staggering 12 teraflops of GPU performance. See our full story here.