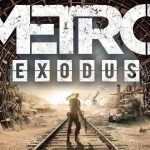 Rewind to just over a year ago, and you would see social media awash with rage over Metro Exodus. The game was one of the first of many that skipped releasing on popular PC storefront Steam. Instead, it launched day one exclusively on the Epic Games Store in the PC ecosystem. This was the game that kicked off the “storefront war” in the PC space. While many other games have skipped Steam releases to exclusively launch on the Epic Games Store such as Borderlands 3, Detroit: Become Human and many more. Today, we learned that Metro Exodus will finally be coming to the Steam store. On February 15th at midnight EST, you will be able to purchase and download the game via Steam. Metro Exodus was one of the best games that released in 2019 and if you missed it, there is no better time then now to jump in.

Journey beyond in the critically acclaimed #MetroExodus – returning to the Steam Store on Saturday 15th February 2020. Release times as follows:

Those of you that have been waiting, thank you for your passion and patience. pic.twitter.com/gouNZkgFUL

Metro Exodus’s second DLC pack titled “Sam’s Story” will be launching on console and PC on February 11th, 2020. It will be included as part of the expansion pass, which can be purchased for $24.99 USD.

Will you be purchasing Metro Exodus when it comes to Steam? Let us know in the comments and don’t forget to check back for the latest gaming news and information.