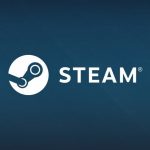 Steam is by far one of the largest PC storefronts in the gaming sphere. While over the past few years many publishers have started opening their own storefronts. Such EA Origins, Ubisoft U-Play, Epic Games Store and most recently even Rockstar has started their own storefront. With all the variety of storefronts and ways for players to purchase their games, one would think this would start effect Steam. However, that does not seem to be the case as Steams player numbers continue to break their own records. Today, via Steam Database we learned that Steam has officially broken its concurrent player record. The previous record which was 18,537,490 users, this record was set almost two years ago back in 2018. The new record stands at 18,801,944 as per Steam Database’s tracking. It is important to note that there are around 1 million fewer players actually playing a game on Steam when this record was broken. Two years ago there were 7 million in-game, while this time there was only 5.8 million in-game.  These numbers are insane and proves that Steam while it has issues the storefront needs to address. It still remains to be the go-to storefront for a large majority of the PC gaming audience.

.@Steam has broken its record for most concurrently online users that was held for two years. Previous record was 18,537,490 users. It's still increasing!

What do you think of these new numbers for Steam? Let us know in the comments below and don’t forget to check back for the latest gaming news and information.