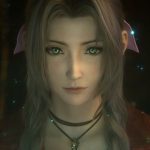 With a few additional visual elements, the opening movie also pays homage to the originals. For those looking to go into the game with a fresh experience, you may want to steer clear. For others who can’t just help but watch, you can view the trailer below.

The planet’s very life force is drained as Mako energy by the shadowy Shinra Electric Power Company. In the city of Midgar, a flower merchant gazes upward as a train pulls into a station… FINAL FANTASY VII REMAKE is a reimagining of the iconic original with unforgettable characters, a mind-blowing story, and epic battles. The story of this first, standalone game in the FINAL FANTASY VII REMAKE project covers up to the party’s escape from Midgar, and goes deeper into the events occurring in Midgar than the original FINAL FANTASY VII.

The opening movie for FF7 Remake comes nearly two months before the game’s release in April. The game, as well as members of Lords of Gaming Network, will be present at PAX East 2020. Stay tuned for more information.

Recently, Square posted more information and screenshots of Final Fantasy VII Remake. In the release, side quests and Tifa’s fighting style were given a brief look as well as central characters like Red XIII and Professor Hojo. Other screenshots give a closer look at the recreated environments and a few of the summons in the game.