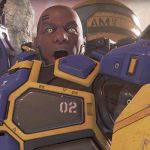 You are reading
System Override is Literally Overriding Randomness

Today, March 3rd, Season 4 of Apex Legends, Assimilation, starts its first event, System Override. Deja-Loot, the event’s time-limited game mode, is the cornerstone of the update, but it’s not the only important piece. Along with this game mode, we’re getting new meta updates and cosmetics for your favorite characters, including Octane’s Heirloom piece. These meta updates range from inventory changes to simple quality-of-life changes. There’s a lot to digest here, so let’s begin with the big news:

Deja Loot is this event’s special game mode. Loot randomness doesn’t exist in this game mode, because each item spawns in the same spot for every match. For example, if you find a legendary body shield, that shield will be in the same spot next match. The same goes for the dropship and ring pattern. Each day, the dropship will take the same route at the start of the match, and the ring will close to the same areas. The dropship and ring will change each day, but the loot won’t. Finally, System Override’s first week will be on the World’s Edge map and the second week will be back on King’s Canyon.

The Evo Shield Needs You to Get Good

In an Apex Legends first, we have a new armor type: the Evo Shield. This shield gets stronger the more damage you deal toward standing players (no farming downed players). When you first get the shield, it’s weaker than a common body shield, but you can upgrade it all the way to a purple shield. Speaking of color, Evo Shields’ color changes the stronger they get, and their progress carries from player to player. Say that you run into a player with a blue Evo Shield, and you eliminate them; you can pick up their Evo Shield and it will still be blue for you.

Please do the developers a favor and voice your opinion about the Evo Shield. According to the patch notes, they’re not sure if they want to keep it after System Override is done, so they’re waiting for player feedback on it. To get as much feedback as possible, the Evo Shield will have high spawn rates, but it’ll only be found in Deja Loot.

Respawn wouldn’t do an Apex Legends event without copious amounts of cosmetics. As usual, there are 24 event-exclusive items available for direct purchase or through event loot boxes. Once you get all of these, you’ll unlock Octane’s Heirloom cosmetic Butterfly Knife which doubles as an adrenaline needle. Unlike most events, and more like January’s Grand Soiree, there’s extra cosmetics available through challenge completion. The Grand Soiree had a “Prize Track” which required completing mode-specific challenges (i.e. play a match in that mode) to earn cosmetics and more. Since System Override only has Deja Loot, it’s unclear for now how the challenges will work until the event goes live. Regardless, the track has new skins for Revenant, the newest hero, the Peacekeeper shotgun, and more. 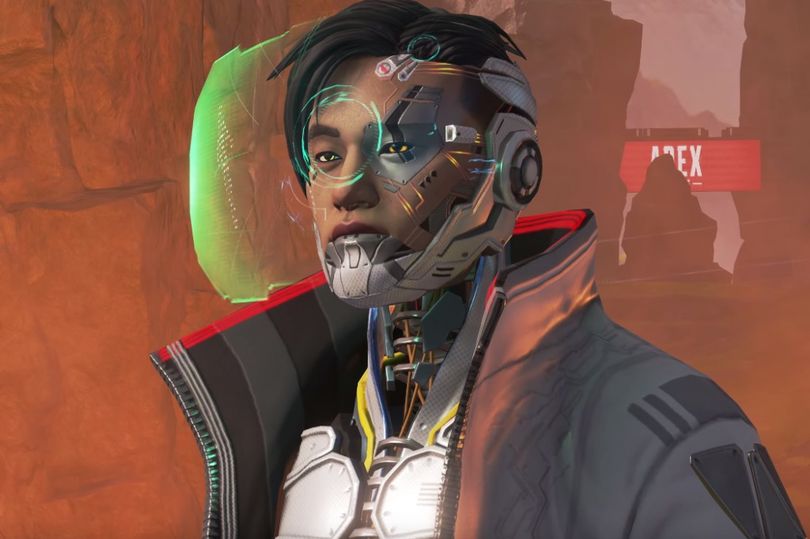 System Override isn’t just a special event. It has a handful of core gameplay updates to Apex Legends. The biggest updates are to recon character and inventory, but there are also some weapon-related and quality-of-life updates.

Bloodhound and Crypto, the game’s two recon-based characters, get the biggest buffs. The designers even put a note in for Bloodhound reading, “The intent is for Bloodhound to use their tactical as they are approaching towns pre-combat versus reacting while in a fight.”

Bloodhound’s tactical ability, Eye of the Allfather, which scans for nearby hostiles, now scans triple the distance, lasts a second longer, but also takes twice as long to activate. Along with Bloodhound, Crypto will now reload his primary weapons when he goes into his drone view. Overall, this is big for both Bloodhound and Crypto.

Inventory is getting reworked in this event. All inventory tiers are getting two more slots (i.e. the base slots go up to ten, common backpacks have twelve, etc.), but most loot types don’t stack as much. For example, one grenade takes up a whole slot and some ammo types (Light, Heavy, and Energy) can only stack 60 rounds in one slot instead of the previous 80.

Gibraltar is the only character with a nerf; his gun shield loses 25 base HP, setting it at base 50 HP.

The Peacekeeper got a couple of nerfs. Its mag size is decreased from 6 to 5, reload time is slightly longer, but its coverage area is scaled up by one-tenth. Conversely, Assimilation’s new sniper rifle, the Sentinel, got a slight buff with more damage (70 up from 65) and a shorter rechamber time.

System Override has a few quality-of-life changes, one large, but mostly small ones. The first small one is for the muzzle flash. Muzzle flashes for all non-shotgun and non-sniper guns are now decreased when aiming down the sights. Second, the Prowler and L-STAR now have a Red Dot added for their Iron Sights, and they’ll stay properly centered when moving while aiming down sights.

Finally, the big one is another reworking to the Heirloom system. Before this update, you’d have to roll an entire Heirloom set on a loot box, but now you can roll Heirloom Shards. Further, instead of getting one guaranteed Heirloom set after 500 loot boxes, these shards add up to let you directly buy the one you want after 500 loot boxes. If you haven’t hit 500 boxes yet, your progress will carry over from before the update.