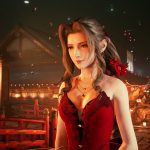 You are reading
Briana White Changed Aerith for the Better

Final Fantasy VII Remake is finally out! Us who’ve beaten it can stop worrying about spoilers (those that haven’t, read here), and we all know what’s different from the original. Voice acting is an obvious one, but not just because the original didn’t have any. Most of the FFVII characters popped up in spinoff content (i.e. Advent Children and Dirge of Cerberus), or other Square content like Kingdom Hearts and Dissidia. Through these extra works, one character, Aerith Gainsborough, was always voiced the same, reserved way. In the Remake, however, her voice actor, Briana White, gave a more playful and youthful performance, which made this Aerith’s best appearance of all time.

Spoilers for FFVII Remake and other Aerith appearances.

Briana White’s Aerith is so fresh because it’s unusual for the character. Normally, Aerith appears as a quiet and knowledgable character. In Kingdom Hearts, she exposits a lot of core information about that universe to Donald and Goofy. She keeps this calm demeanor in Kingdom Hearts II, like when she and Cloud discuss his hunt for Sephiroth. Final Fantasy VII’s prequel, Crisis Core, strays the furthest with this since Aerith is a bit playful with Zack. That said, Aerith is normally a reserved personality, so most voice actresses (Mandy Moore and Mena Suvari respectively) take calmer approaches. This calm demeanor is appropriate for the first scene because Aerith is explaining and discussing important details about the universe. The second scene, however, doesn’t work because of her calmness feels more like emotionless. She should at least raise her voice a bit in this scene. These performances haven’t always worked, and this Remake is the perfect place to try something new. 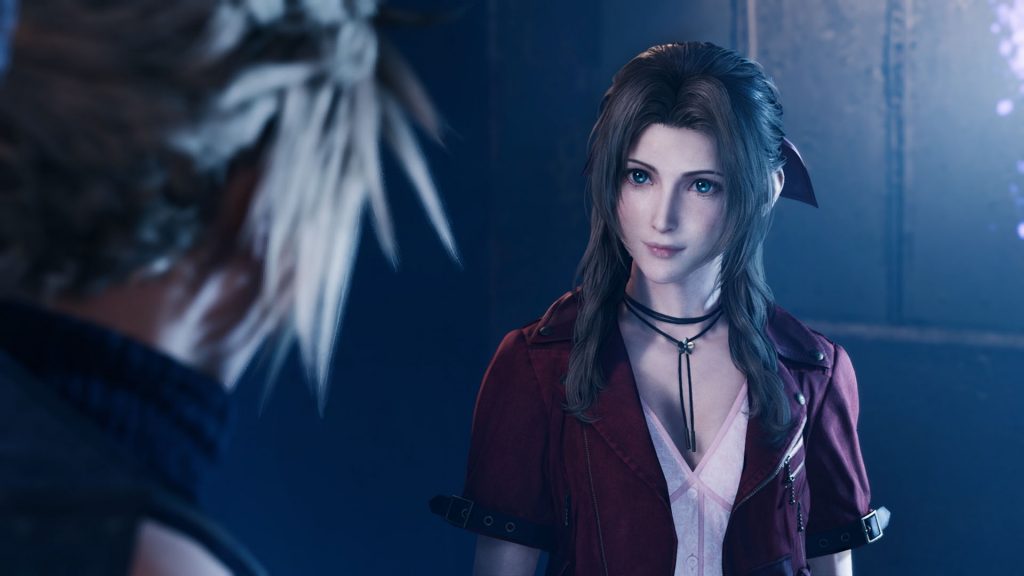 White Needed a New Approach for the Remake

White’s bubbly performance is the perfect counter to Cody Christian’s stoic and awkward Cloud Strife. When Aerith calls out Cloud’s side comments, she does it with sass. Later, when the two formally meet, Aerith has some fun making Cloud her bodyguard. Aerith’s voice gets progressively annoyed each time she catches Cloud trying to sneak off into the night. White’s performance isn’t just bubbly, it hits friendly and fun notes while needling annoyance and anger elsewhere.

Christian, meanwhile, does the sheer opposite with Cloud. Cloud shrugs off Jessie’s multiple advances with weird, deadpan attitudes. That, and he’s always on edge (to be fair, though, he’s got really good reason to). Since Cloud only focuses on the pay for most of the game, he is pretty cold. Not only is this normal for past Cloud appearances, but it makes sense with his traumatic backstory. Cloud can start this story like this, and he can keep the apathetic voice tone, but he needs and equal but opposite voice pushing him to.

Voices Need to Fit their Characters

A voice is part of a personality. White would have failed if she played Aerith as if she was playing Barret. Heck, even Cloud has to look away from some of Barret’s rants. Historically, Aerith’s calm demeanor was the answer because she barely interacted with Cloud and his cold style. That demeanor doesn’t work when Cloud is there. Opposites don’t just attract in this case, they’re needed to make great chemistry and growth. At the end of the day, having White challenge tradition further elevated the game as a whole.

In conclusion, there’s nobody happier with her appearance than herself.

I was not prepared for this moment. Hearing my voice over work in the finished product for the first time… Pure magic.
(light spoiler warning) #FF7R pic.twitter.com/ECelqkicqQ