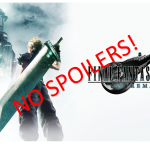 Final Fantasy VII Remake is out in the wild. Last week, Square Enix decided to ship the game earlier to avoid delays due to COVID-19 concerns. This preemptive move allowed many around the world to get their hands on a copy. In Australia, Europe, and even North America, people are going out and getting the game. Despite Square’s wishes, eager attention seekers are posting videos and streaming Final Fantasy VII Remake. For many, this can mean one thing: spoilers are inbound. So how can you avoid them?

1. If You’re On Twitter, Mute is Your Best Friend

Twitter is one of the best sources for the latest information on just about anything. This also means that anything can slip through the cracks, including spoilers. Fortunately, the platform gives you the option to “mute” specific words. This makes it so the word or words do not appear on your timeline at all. The only downside is images are immune to this feature since anyone can post up a picture with no caption in the tweet. Regardless, it’ll still be less worrisome scrolling through Twitter for you if you mute FFVII Remake-related words. Here is a list of my muted words to give you an idea:

You can even mute or block accounts for extra precaution. To do so, head to your account page on Twitter. Click on Settings and privacy, then Privacy and safety, and find “Muted Words.” From there, you can add as many words, phrases and hashtags as you like for as long as you want.

Whether it’s on YouTube, Twitch, or an article, avoid the comments section at all cost! Unless a comment is going against community guidelines, it won’t be filtered or deleted. Jerks around the web are getting more clever nowadays with spacing in between letters in a spoiler-filled comment as well. Some are even posting spoilers on unrelated videos and articles, almost as if they knew fans would be watching Rachel Ray’s Broccoli Cheddar Soup recipe video. Unless that’s just me… Regardless, stay away from the comments section on anything, folks. Otherwise…

3. Stay Away From Social Media

Point blank, the best way to avoid spoilers is to stay away from social media. During a quarantine, this will be tough considering social media is our virtual window to the world. But to avoid spoiling any additional story in Final Fantasy VII Remake, it’ll be worth it. In any case, you have more than enough reasons to stay off of social media with the current available options for entertainment.

When was the last time you read a book? You’ll soon be spending all of your time in front of a screen playing Final Fantasy VII Remake anyways, so indulge in a good novel or two. For a quick fantasy read, pick up the Witcher short story novel The Last Wish by Andrzej Sapkowski. If you need more recommendations, here is a list of Amazon’s bestsellers or support our local Lord Author by checking out his books.

We all have it – that never-ending list of games we haven’t played or movies and shows we haven’t watched yet. Take a gander at your gaming library and see what you can tackle in the next week. Even if you don’t have a gaming backlog, there’s something for everyone with the latest releases. Animal Crossing: New Horizons, Persona 5 Royal, Doom Eternal, Resident Evil 3 – take your pick.

The same can be said for streaming platforms. Netflix has a bevy of varied content, including its newly-popular Tiger King: Murder, Mayhem and Madness docuseries (I highly recommend it). Additionally, Disney+ is releasing Pixar’s latest movie Onward available to stream on April 3 if you’ve been meaning to watch it.

I know it’s tempting, but don’t do it! I’m the kind of person that loves to watch one or two of my favorite trailers to get me hyped for a game. There are just some trailers out there that hit your resilient patience like a hammer hitting glass. But searching them up can spell trouble. YouTube loves to shove related videos in your face, which can mean someone’s most recent upload showing spoiler X, Y, Z can pop up. If you still want to build some hype without the worry, here are two FFVII Remake trailers that give you just enough without any spoilers.

What better way to get hyped for Final Fantasy VII Remake than to play the original 1997 version? Available on Steam, PS4, Xbox, Switch, and even Mobile, there’s no excuse to not play it. Part 1 of the FFVII Remake series is said to solely take place in Midgar, which is roughly 6 – 10 hours of play in Final Fantasy VII. However, the remake is including completely new story scenarios and characters, so it’ll be a treat to see the differences when it releases on April 10.