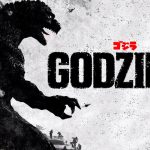 The next generation of consoles starts next week. With that, I was thinking about some of the games that I did not really get to spend enough time with. One of those games happens to be Godzilla on the PlayStation 4. Godzilla is just what the name says, a game where you control the big guy and some of his most famous enemies. Godzilla battles against Rodan, King Ghidorah, Mothra, and more. This is one of those games that really could have benefited from being on multiple consoles. Instead, Bandai Namco only released it in the US on the PlayStation 4. Currently, the game’s price is insane for what it should be.

When I first started looking for this game, I went straight to the PlayStation online store. I thought that Godzilla had to be available as a digital game. I was so wrong. Typing the name in only gave me two options,  to play the song “Godzilla” by Blue Oyster Cult: one for Rock Band and the other for Rocksmith.

After that, I did what most people do, and I looked the game up on Amazon. I’m not sure if I was more surprised or saddened to see someone is selling the game for the price of a console. Currently, the game is listed on Amazon at $479.

It seemed unusual in this day to find a game to be this outrageously expensive. I have found plenty of hardware online that I felt was too expensive. A cursory look at other online stores did not even have the game listed anymore. Even the Bandai Namco online store did not include the game. At this point, the only decent price I have been able to find for the game is $69.99 on Gamestop’s website. So it looks like I will not be jumping back into this game before the next generation arrives. Maybe a new game will be developed for the PlayStation 5 to tie into the upcoming Godzilla vs. Kong film next year.

This is one of the many games that I really wish I spent more time with last gen. What are those games that you missed out on? Let us know in the comment section below.