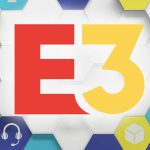 E3 2021 sounds like the beginning of an off-putting joke, due to the mess of a year that 2020 has been so far. The cancellation of E3 2020 in its traditional show floor setup was a massive disappointment to many. Whether you work in the industry or are just a fan of video games. E3 has been a massive part of the gaming culture for a very long time. While the show has been struggling in the court of public opinion. The ESA has not done much to “win” over good faith. After last year’s leak of gaming journalist’s personal information and some confusing messaging. Many people thought that due to the cancellation of E3 2020, we could possibly see the end of the show. This does not appear to be the case.

As originally reported by gamesindustry.biz. The ESA announced the official dates of the 2021 event to partners tonight. E3 2021 starts on June 15th and ends on June 17th, 2021. The company is looking to bring their often teased “reimagined” show to the masses next year.

This is a surprising announcement, because at the time of writing this. The ESA has given no information about what they will be doing in terms of a digital event for E3 2020. With the recent announcement of Bethesda skipping even doing a digital event. It leaves a lot of questions unanswered. The ESA seems disinterested in talking about them anytime soon with their silence on the matter. Only time will tell in how all of this will play out.