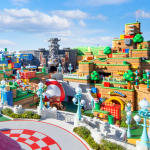 You are reading
Super Nintendo World First Impressions Have Arrived

In the last few years, Nintendo has gotten more liberal with lending out its characters and IP. Games like Rhythm of Hyrule and Mario + Rabbids have proven to be quite successful forays from outsider collaborators. Now, Nintendo is making its biggest swing yet by launching Super Nintendo World in Japan next February. The theme park is a collaboration with Universal Studios.

It’s official! The very first #SuperNintendoWorld is set to open on Feb. 4th in Osaka, Japan!

I got a first-hand look and can confirm the Mario Kart ride uses AR headsets but is ON RAILS. So no falling off Rainbow Road 🌈 😆

The ride takes place inside Bowser’s castle, and as you can see, the reptilian regent is on full display. Speaking of displays, the ride features an augmented reality headset styled after Mario’s trademark hat. The karts each have four seats and a steering wheel and riders can control how the kart moves through the ride to a small extent.

The ride includes scenes from classic Mario Kart stages like Rainbow Road, a ghostly area no doubt filled with Boo’s, and a lava level.

A look inside the queue for the new Mario Kart Koopa’s Challenge at Universal Studios Japan!#SUPERNINTENDOWORLD

Nintendo of Europe has also been tweeting out official images of Super Nintendo World. 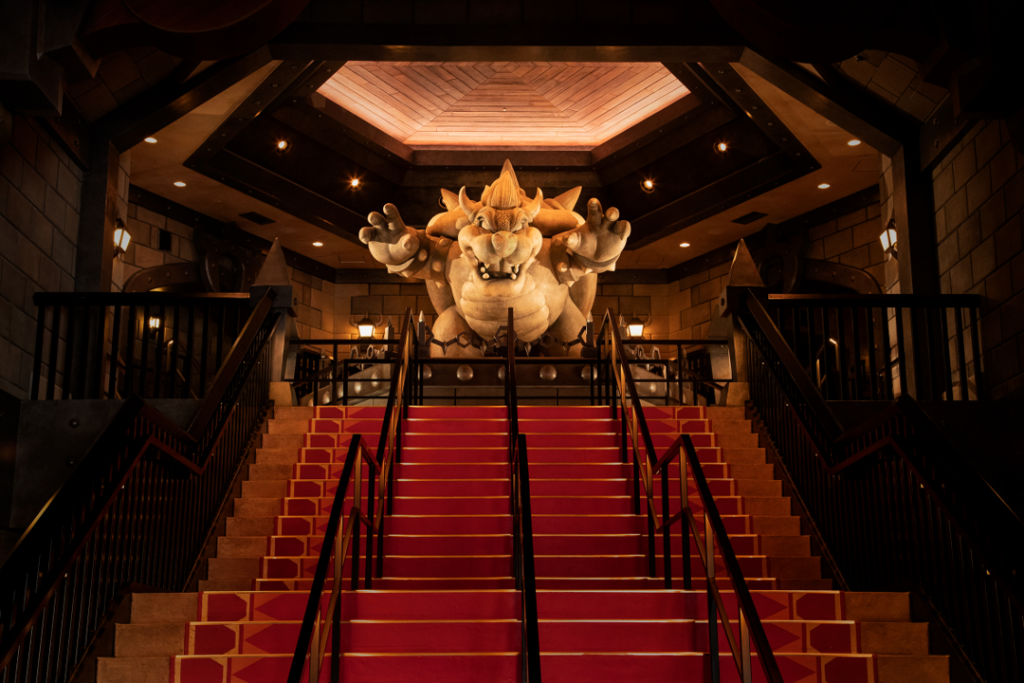 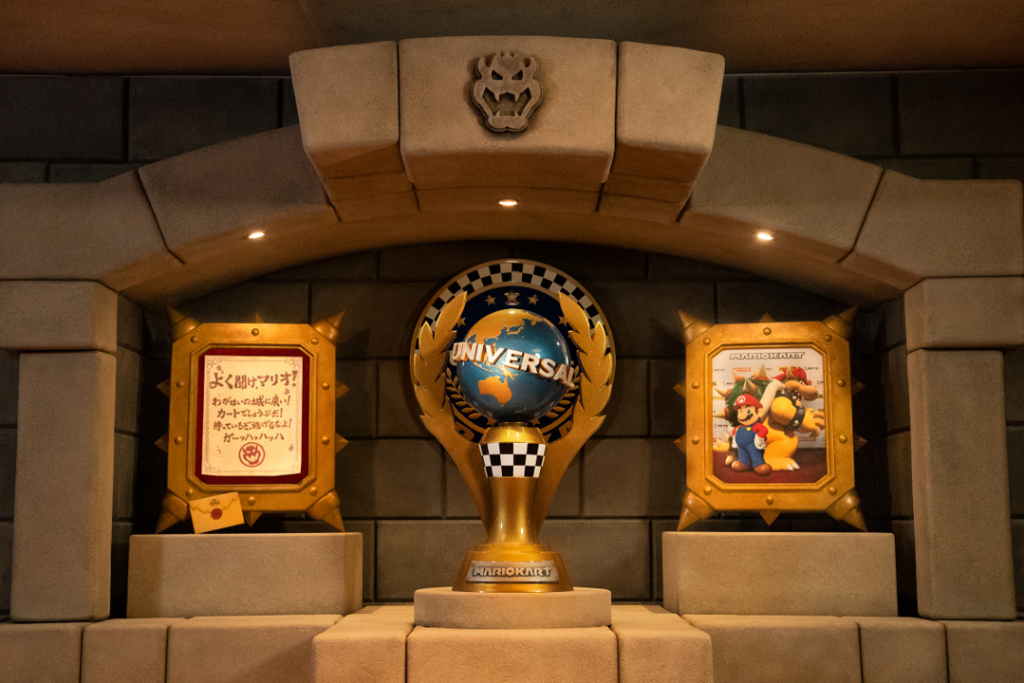 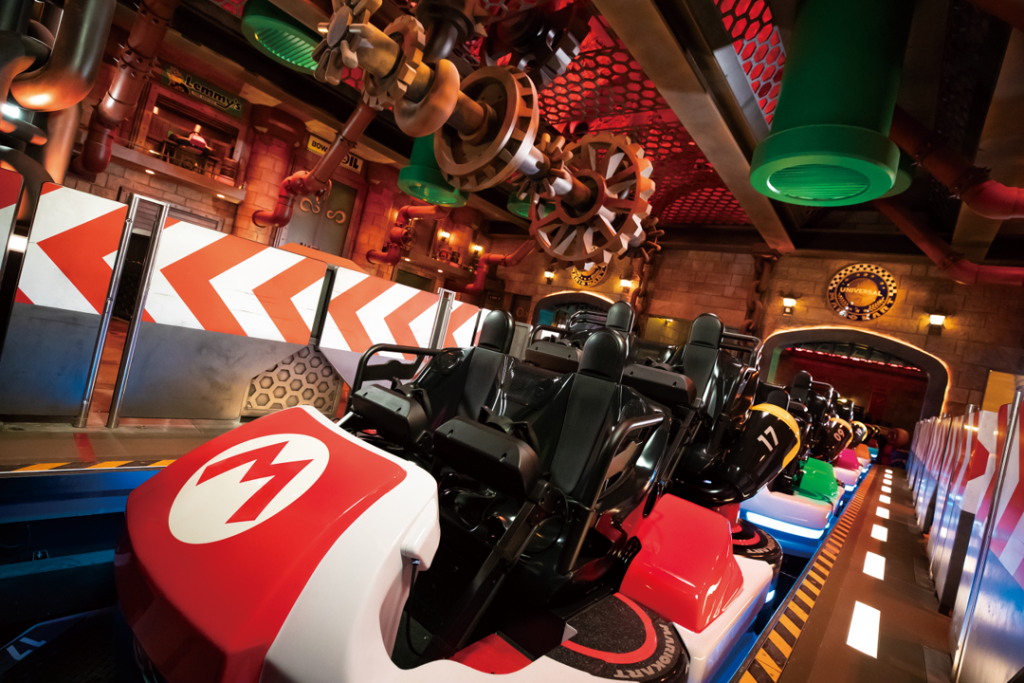 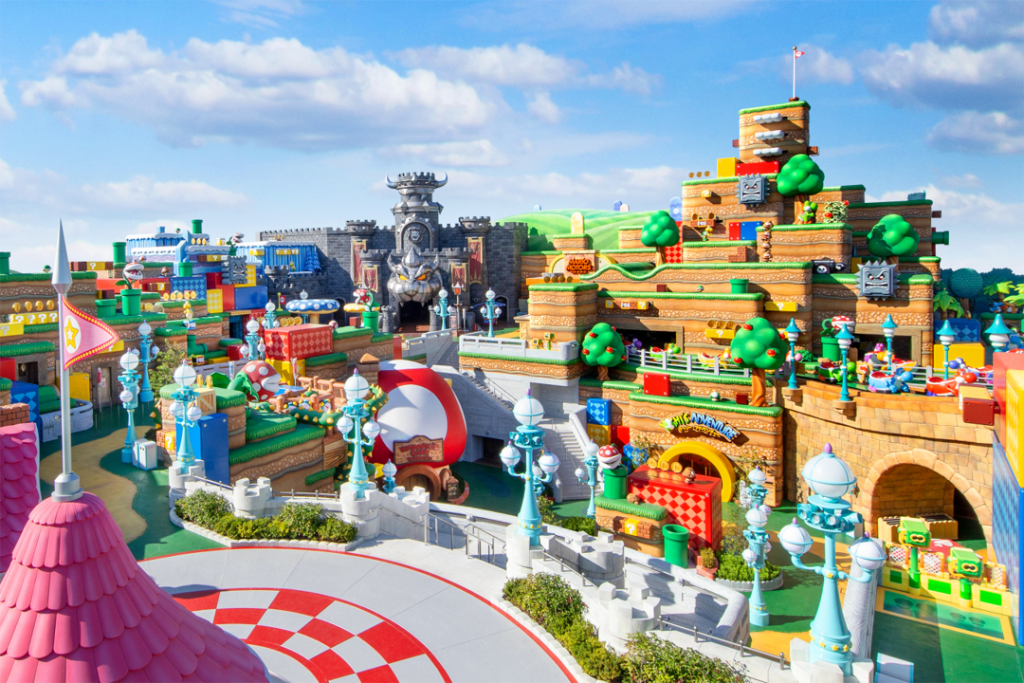 COVID has obviously caused massive upheaval in the theme park industry. In the United States, Disneyland in California remains closed. There are no plans to reopen amidst spiking cases in the United States. Japan has done a better job managing the pandemic, though cases are spiking there as well. Super Nintendo World looks absolutely stunning and we can not wait to get someone on the ground in Osaka.