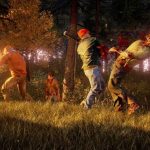 State of Decay 2 has been a constantly evolving game since it was released back in 2018. Since then, the game has received massive updates, from additional story content, a wide variety of weapons and cosmetics. As well as some great quality of life improvements. However, in today’s most recent State of Decay 2 update players can look forward to official Xbox Series X & S enhancements. As well as a brand new difficulty mode to sink their teeth into.

In an official blog post released today, Undead Labs detailed some of the ends of year events and changes that players could look forward to as 2020 winds to a close. While 2020 has been a long and difficult year, the updates for State of Decay 2 have been incredibly consistent. In this year ending update, players will be able to access a brand new “Lethal Difficulty” mode. In this mode, players will have to be far more aggressive as resources will become even more incredibly scarce to find. Zombies are even more deadly, with plague hearts consistently spawning to keep the player on their toes. Destroying plague hearts also does not guarantee your safety from the hordes of the undead in that region.

If you are an Xbox Series X/S owner, you will certainly be excited for this update, as State of Decay 2 is now officially next-generation ready. What are some of these enhancements that you will get to see now that the game is optimized for Xbox Series X and Series S consoles? State of Decay 2 runs at up to 4k and a smooth 60 frames per second thanks to this update. As well as improved framerates players will also see improvements in shadows and detail within the world. Also one of the instantly most noticeable changes is the lightning-fast load times due to the SSD technology in these next-generation machines. If you were thinking about creating a new community in State of Decay 2 there is no better time.

Will you be checking out these State of Decay 2 updates? Let us know in the comments and don’t forget to check back for the latest gaming news and information.