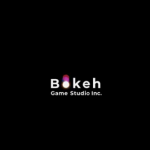 The gaming industry is constantly evolving and ever-changing. With creators taking more risks than ever, and striking out on their own, to create their own self-funded projects. It has never been a more interesting time in the industry. After seeing several studio closures through the first half of the Xbox One/PlayStation 4 generation. We have to be going in the opposite direction, with several new studios being announced over the past few years.  With a new studio being announced by some of the most ambitious creators in the industry. This is no different tonight, as we learned a few renowned Japanese developers have founded their own studio.

In a Youtube video released tonight, a new studio called Bokeh Game Studio has been announced. Now an interesting tidbit about this studio is that it is led by Keiichiro Toyama who has worked on such amazing IPs as Silent Hill, SIREN, and Gravity Rush. He is also joined by Kazunobu Sato who was the producer of The Last Guardian, which released back in 2016. This pair was also joined by Junya Okura who some people will remember was the lead gameplay designer for Gravity Rush.

These gentlemen represent a wealth of knowledge and talent, that was built up during their time at Sony Interactive Entertainment. There is certainly, a lot of experience behind these gentlemen. It will be interesting to see who they add to their team, and what games they will go on to create. But for now, we can only sit and speculate. Here is hoping that in a few years we will see an absolutely amazing game from Bokeh Game Studio.