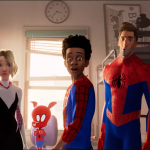 You are reading
Letter From The Editor: Gaming Is For Everyone

2020 has been a tumultuous year for pretty much everyone, no matter where in the world you reside. Between a global pandemic which none of us could have predicted at the end of 2019, 2020 has been hell for everyone in its own unique way. There are more and more things that divide us as a human species on a regular basis. We often forget about others as our own problems seem so much more amplified as we endure our personal struggles. Whether it’s a mental health battle, fighting sickness, trying to pay bills, or just trying to survive, everyone is looking for a little bit of escape from this reality right now.

Over the past decade, video games have quickly become a more mainstream form of escapism. I am not saying that gaming wasn’t popular in the 2000s or before that, but it is significantly more mainstream than it used to be. With more people all over the world becoming interested in gaming, it has changed not only how we play games, but who is playing games.

Video games have been an increasing form of escapism used around the world. From Asia to Europe to North America and everywhere in between. Gaming has been a quintessential form of escapism for a lot of people. Whether you choose to become a treasure-hunting adventurer in Uncharted 4, or would rather save the world in an immersive RPG, the ability we all find in these games is phenomenal.

For all the good things that gaming offers, there is like any other hobby a dark side to it. As gaming continues to grow to a bigger audience there is a lot of growing pains that come with it. With more people comes more jerks, nimrods, and everything in between. I will not try to sell you that this is unique to the video game space. From massive popular hobbies like sports, anime, film, and more. To even super niche hobbies, toxicity comes with the territory. No matter how hard we try to weed it out, it will always exist.

A few weeks ago, head of Xbox Phil Spencer talked about tribalism within the video game community. Well, it is no secret that Xbox versus PlayStation drives a huge amount of conversation in the gaming space. The tribalism doesn’t stop there, because of course, it doesn’t. There is a whole circle of gatekeeping when it comes to nerd culture, especially in video games. It seems routed in the entire idea that gaming is “counter-culture” and that it is becoming too popular and people who weren’t part of the history of the industry can’t appreciate it. I have been playing games for 23 years of my 27 years of life, and a comment I am often hit with is: “You weren’t around back in the 16-bit era, so what do you know about gaming?” I always laugh at it, but I also realize some people take this line of thinking very seriously.

Putting up this barrier of entry makes it very unappealing from the outside looking in. Personally, I want more and more people to experience gaming. Gaming uplifts us in so many different ways, that in traditional media like film, I just don’t feel has the same effect. By putting up these barriers and requirements, it could possibly exclude people from enjoying this wonderful escape. One of the best parts that have come from gaming becoming bigger and more popular has been the increase in diversity.

Social debates have raged on over the years about not enough diversity or companies taking advantage of forcing diversity in with no tact. I am not here to talk about that side of the conversation. What I want to talk about are the tangible things that we have seen in the video game industry due to diversity. The first, and possibly most interesting is the diversity in the protagonists within games.

The games industry is often criticized for having whitewashed cookie-cutter protagonists. For a while, this was definitely a trend within the industry, especially during the PlayStation 3, and Xbox 360 era. I think in 2020 we have come very far, and diversity means so much more than just someone’s gender, sexuality, or color of their skin. It’s about telling stories that take someone into a character or an experience they could never have in their own life.

My Own Experiences In The Medium

For myself, a truly transformative game in this way was Mafia 3. The protagonist an African-American Vietnam veteran. The story of Lincoln Clay was such an eye-opening story for me. While Mafia 3 is filled with heavy amounts of over the top violence, the story and subtleties of how Clay was treated resonated. We would like to believe that veterans were treated with respect when they returned from war. That simply wasn’t the case during the Vietnam war, as it was one of the first wars where public opinion was heavily anti-war. Add in the fact that racial tensions were at a real boiling point. You have racial tensions that flare up, plus law enforcement, civilians, and more just spewing hate at you endlessly. It’s a really eye-opening experience, that as a white Irish Canadian I truly have never experienced. Meanwhile, this is something that some people still have to face and deal with on a regular basis.

Seeing Yourself In The Medium

I am not saying that this story taught me that racism existed or that I didn’t realize that it was terrible. It allowed me to see this experience from a different perspective that I otherwise would not have been able to feel, see, or possibly understand. Being able to walk a mile in someone else’s shoes is an opportunity we often do not get as human beings.

On the other side of the diversity conversation, you have people of various different backgrounds being able to experience and play characters that they find relatable. We have seen these moments of celebration across all forms of media. The pride and excitement from the African American community during the release of Black Panther were incredible to see. Watching kids see a superhero that looked like them on the big screen is something that they will likely never forget. Having a hero or a positive role model to look up to is an incredible feeling for a child.

Another prime example of this was during the lead up to the release of Spider-Man: Miles Morales. Many people applauded Insomniac Games for the love they put into detailing Miles’s neighborhood of Harlem. As well as the loud and clear reference to his Puerto Rican heritage. For so many people, they got to see themselves in Miles or see the streets and neighborhoods they were raised in brought to life in a real and authentic way.

To me personally, you can’t put a price on that kind of connection with a character in a game. Diversity isn’t this huge conspiracy to drive certain creators or fans out of the industry or fandom. It’s about coming together and supporting each other in a hobby we love. With more diverse voices, we get more diverse stories, with those stories gaming can truly begin to relate to anyone. With tools like the Xbox Adaptive controller, we are closer than ever to making it so that anyone could enjoy the medium. Gaming can only continue to get better and better with a focus on accessibility and bringing everyone together.

With all of the controversy and debates that seem to come up in every part of our life, our escapes should be that, an escape. We gain more when we all play, create, and share together. After what has been an absolutely hellish year. Let’s celebrate what brings us together, and not what divides us.