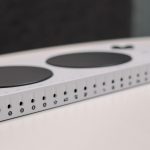 When you think of accessibility in gaming the first thing that will probably come to mind is the Xbox Adaptive controller. While the Adaptive controller has been a huge part of bringing gaming to people who may not have physically been able to play games previously.  Accessibility is a much more broad issue that can cover many different aspects of gaming and film media. We recently saw an aspect of this topic being discussed with Parasite winning the Grammy for Best Picture. With many people drawing unnecessary and dangerous lines in the sand.

For those that may not know Parasite is a film made by Korean director Bong Joon-Ho, and his made in his native language of Korean. Many people have bemoaned that no dub exists for the movie at this time, saying that “no one uses subtitles”. This mentality has also lead to several debates about subtitles versus dubs. These debates are endless and pointless because there should be no animosity between dubs and subtitles. Having a preference is absolutely harmless of course, but without subtitles, many people would not be able to fully enjoy many films and video games. While in this article I am specifically talking in regards to subtitles, dubs also serve a purpose in the conversation of accessibility. For those that are blind or visually impaired the only way, they may be able to consume a film. This was so eloquently brought to my attention by AbleGamers COO Steven Spohn in a Tweet.

Subtitles are an accessibility feature for the Deaf and hard of hearing communities.

Dubbing is an accessibility feature for the blind and low vision communities.

Everybody's needs are important. That's it. That's the hot take.

I will speak from my own personal struggles and the need for subtitles in the video games I play. From the age of 4, I trained in Karate and Jiu-jitsu with my mother. In an incident at the studio I trained in I had my right eardrum ruptured from a strike. I have no hearing in my right ear as a result of this injury, I was only 8 years old when this happened. This has resulted in me having to change how I consume my media, from music, television and video games. Having lived in apartments since I moved out, blaring my TV loud enough so that I can properly hear it either disturbs my neighbors or wakes my kids up. This has resulted in me having to use over the ear headphones in order to properly enjoy movies and games. However, when I watch movies with my partner there isn’t anything quite romantic about wearing a bulky set of headphones while watching a movie. Subtitles have long been a savior in this regard. Being able to watch a movie with my partner at a reasonable volume for her, while still being able to follow along with the movie is a godsend.

Subtitles aren’t always perfect though, there is a lot of room for error. An example of this is most recently with The Outer Worlds, the RPG from Obsidian. The game launched and was an absolute blast to play, but had some of the smallest subtitles in recent memory. Many people vocalized this and Obsidian quickly released a patch allowing the player to adjust the subtitle size. The swift response from Obsidian should be applauded, as they quickly listened to their consumers. In a different scenario, we saw games launch without any subtitles at all. Most recently the Spyro Reignited Trilogy originally launched with no subtitles in the game at all. This meant if you have a hearing impairment you were basically screwed. Activision’s statement on the lack of subtitles felt half-assed and uncaring.

“The game was built from the ground up using a new engine for the team (Unreal 4), and was localized in languages that had not previously been attempted by the studio. While there’s no industry standard for subtitles, the studio and Activision care about the fans’ experience especially with respect to accessibility for people with different abilities, and will evaluate going forward.”

This statement seems like the publisher simply could not have bothered to cater to people that are deaf or hard of hearing. This becomes even more obvious with Crash Bandicoot N-Sane Trilogy not including subtitles for its cutscenes either. While the Spyro trilogy received a patch almost 6 months later to include subtitles. At the time of writing this Crash Bandicoot N-Sane Trilogy still does not have subtitles.

To some this may seem overblown, but could you imagine being very excited for the next installment in a game you loved. Only to not be able to properly enjoy it? This is the struggle that many people with various conditions struggle with on a regular basis. Taking developers and publishers to task for better accessibility options is better for everyone.  The idea that games and films don’t “need” subtitles is an incredibly dangerous method of thinking that could exclude many people from their favorite past time. As we push forward to a more accessible future in 2020 with devices like the “Freedom Wing”. An adapter by Ablegamers made in partnership with AT Makers, which allows users to use their electric wheelchair as a controller via the Xbox Adaptive controller. With inventions like this pushing us further and further, and more games featuring a wider variety of accessibility options. The future of gaming for everyone looks bright.