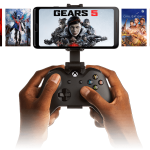 You are reading
Why The Samsung & Microsoft Partnership Is Important

When Phil Spencer said he wanted to expand the reach of Xbox to as many people as possible, he knew this would entail relationships with others to achieve this. Sometimes those partnerships include tech companies who might not even be involved in the gaming sphere but still offer key components to gaming. For Microsoft, this would be none other than Samsung, the South Korean electronics manufacturer. This also isn’t the first time these two juggernauts have come together either.

Samsung held a keynote dubbed Samsung Unpacked on February 11th, 2020 where it unveiled many of its upcoming products, primarily the phone line. During the keynote, they showed off that several devices including the new flagship phone, the Galaxy s20. What they also detailed is that one of Xbox’s games would be coming to the Google Play and Galaxy Store in Forza Street. This Forza title was released as a free-to-play title for Windows 10 PC and has had a decent following since release. While this doesn’t initially seem like something major, it’s the start of something that Xbox has wanted to achieve: reach.

Why Is This Partnership Important?

The big thing about the partnership is that it’s not a one-sided affair. Many might look at this as a win primarily for Xbox, Samsung also has reason to want to deal with Xbox. Firstly, for Xbox, this helps bring more brand recognition to those who might not have thought twice about Xbox. Maybe some might not have even heard of it before? The goal for Xbox is to get as many people into their ecosystem as possible. If they like it, maybe they’ll click on a suggestive title in Gears Pop! These titles also will likely require a small sign-up, as most games do, which creates an account that they can use across the ecosystem should they venture elsewhere. This is just talking about the mobile user who happened to try it out and decide they enjoyed it.

Another important factor for Xbox is the usage of the new mobile devices with xCloud. A Microsoft spokesperson relayed through e-mail with CNet.com “, Working with partners like Samsung is an important step in our Project xCloud journey and will help make game streaming more accessible for gamers. We look forward to sharing more later this year.” One of the best things about xCloud is the ability to use mobile devices and your mobile network to play your games where ever you are. This also potentially helps expand the library to current mobile gamers who might try something that looks interesting to them. While most hardcore will stick with the traditional home set-up, the international appeal of mobile gaming is tremendous. This is a key reason that the Nintendo Switch has been able to do so well with its ability to pick up and play on the go.

Earlier I stated that this isn’t a one-sided benefit, and that rings true. Samsung is an electronics manufacturer primarily known for its televisions, handheld devices, and home appliances. Due to this, this also makes Sony a competitor in a sense. Since Samsung is not a gaming electronics company, they may lack the ability to put something appealing on their devices, and maybe even their television sets. Sony, on the other hand, would easily be able to apply PlayStation applications to said electronics giving it an advantage that Samsung would not. This leads me to my next subject of the matter.

See More: Rod Fergusson’s Departure Is a Blessing in Disguise

What makes Bethesda’s hit title, The Elder Scrolls V Skyrim so great? The fact that the game is on more devices that one would choose to believe in. This includes an actually created application for Skyrim on Amazon’s Alexa devices. This is a concept that Phil Spencer has spoken on numerous times on wanting Xbox to be able to achieve. Allow players to play how they want, where they want, regardless of devices. While mobile devices are a fantastic starting point, there are other home electronics that nearly everyone has that could also play a factor.

Imagine coming home, turning on the sweet Samsung Smart TV you recently picked up at a nice price. The television set has sweet apps pre-built in such as Netflix, Hulu, and Disney+. If you are really lucky, it might have TravelGO so you can watch all of the ghost shows your heart desires. Also, you notice a new application with the Xbox logo, it reads Xbox GamePass. You open it up, it asks you to sign in or create an account, and turn on your Xbox One controllers’ Bluetooth so the Smart TV can find it. Coupled with xCloud, now your able to game on your TV without the need to buy a console or expensive PC. This is the future Xbox is envisioning, and even one that Sony considered for its own televisions years past. Other devices such as Blu-ray players could also be a factor in including such apps. Could this be the sort of deal Xbox is anchoring for with Samsung?

Such a change in the way we would be consuming gaming entertainment would potentially be enough to catch the eye of competitors. Would you be surprised to see Sony decide that PS Now is a perfect fit for their television sets? As stated priorly, they’ve considered this move before. After all, they featured the now-defunct PlayStation Vue app and even allowed live-television streaming to some Sony Bravia televisions from your PS4. Though, what if you didn’t even need the PS4 in the equation? What if you only needed the app?

Samsung for this matter makes a great partnership for Microsoft. This partnership also helps bolster an area for Samsung, that in its competition with Sony, doesn’t have the ability to do by itself. For Xbox, Samsung helps them expand this reach by putting it on some of the most popular smart devices in the world. Each company has a lot to gain, especially if this succeeds. If they do succeed, don’t be surprised to see the competition follow suit.