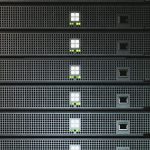 You are reading
Project xCloud: More Details From E3

Move over Stadia, Microsoft’s xCloud is in the building! It is no secret that Microsoft is pushing for the streaming service going forward, but how well does it work? Luckily at E3, Microsoft has set up a demo for convention goers to participate in testing. Sure being at E3 it is likely a controlled environment. However, as Kotaku had pointed out, even during testing Microsoft is willing to take risks to display xCloud.

Below: Friend of the realm BoomstickXL tries out Project xCloud.

The power of xcloud pic.twitter.com/p2beo1Ug0s

During yesterday’s Xbox conference it was mentioned that Xbox consoled could be utilized as personal servers. The main servers will be using Azure tech and compromised of four custom Xbox server blades globally across 54 Azure data centers. Users will be able to use ANY mobile device, PC and tablet that will support xCloud. Microsoft hopes to leverage the implementation of 5G networks as they roll out over the next decade.

Project xCloud is set to launch ‘trials’ in October 2019. No pricing model for the service has been announced, but you will be able to use current services such as Game Pass Ultimate with xCloud. No pricing for the service has been announced, however, vice president of Xbox game studios, Matt Booty, indicated that the pricing would compete with that of Stadia. Google Stadia will be the primary competitor to Project xCloud and will launch in November 2019.

There still is some time until we will get to see the service live for consumers. How do you feel about the future of cloud gaming?