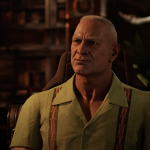 You are reading
Gears 5 Campaign DLC “Hivebusters” Releases Next Week

In the era of live service games, there is one particular piece of content we are not very accustomed to seeing anymore. What is that content you might ask? That is a single-player campaign DLC, while some games still have been making incredible expansions ala The Witcher 3. Other developers have left them behind without even a look back, remember the GTA V single-player DLC? With all of this being said, there is nothing quite more exciting than when your favorite game gets new content. This is why Gears 5 fans should be very excited for next week.

Gears 5’s first campaign expansion titled “Hivebusters” will launch on Xbox, PC devices on December 15th, 2020. This expansion will follow a group of hivebusters who travel to a tropical island called Galangi to embark on a suicide mission. This DLC will be a separate storyline from the main Gears 5 campaign, focusing on a different cast of characters. As an added bonus, Xbox Game Pass Ultimate members will be able to download the DLC as part of their subscription. If you want to outright purchase the DLC it will be available for $19.99 USD, on both the Xbox Store and Steam. You will also be able to purchase it as part of the Gears 5: Game of The Year Edition that will be available on December 15th as well. The game of the year edition will retail for $59.99 USD. You can check out the Hivebusters launch trailer below. As we count down the days till we take on the Hive again with Mac, Lahni, and Keegan.

Will you be checking out this campaign DLC? Let us know in the comments and don’t forget to check back for the latest gaming news and information. Stay tuned for our official review of Hivebusters after it releases next week.