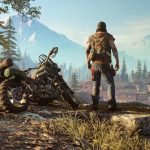 It has been a rough few days in terms of the loss of voice acting talent within the games industry. With the most recent loss of Paul Haddad the voice of the original Leon Kennedy. To earlier this week where we lost Keiji Fujiwara of Final Fantasy and Kingdom of Hearts fame passed away. This trend, unfortunately, seems to be continuing. It was announced today that voice actor Filipe Duarte has officially passed away. Duarte may not be known by many English speaking audiences, but he was the voice of Deacon St John from Days Gone. In the Portuguese localization of Days Gone, he was the talent that brought the main character Deacon to life. He will be missed by many of the Portuguese fans of the game.

Duarte passed away at the age of 46 due to a heart attack. There was an outpouring of fan love and support today in support of the actor and his family. Sony Bend and many of its employees posted to social media mourning the loss of Duarte. He was a huge part of Days Gone and was an integral part of the Portuguese version of the game.

Incredibly sad to hear of the passing of Portuguese actor Filipe Duarte. He was the voice of Deacon for us and so many #DaysGone players in Portugal. Sending love to his family during this hard time. ❤️🙏 pic.twitter.com/oMLr6a8BAs

We here at Lords of Gaming wish Duarte’s family nothing but love and peace in their current times. Losing a loved one is never easy. He will forever be remembered for accomplishments and will always be Deacon to the fans in Portugal.