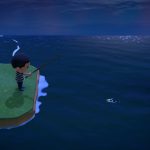 You are reading
Quarantine, Depression, Escapism And Video Games

Everyone has their own version of escapism that helps get them through their roughest times. Some people play sports, socialize, draw and much more. My escapism has always been a mixture of writing and video games. Originally my love for writing came from music and poetry, I have always played video games as well. They have been a huge part of how I have handled challenging moments in my life. Over the past few years, I merged my two passions and began writing about video games. Doom, Baldur’s Gate, Dusk, God Of War and more I have written about at length about my love for these games. These games have always been there for me and helped me see the light in the darkest moments. From the suicide of my best friend in high school to my battles with bipolar disorder.

Right now, escapism has never been more important for people. COVID-19 has fundamentally changed how we interact with people and how our world is operated. People who used to rely on socializing to help lift them from their depression suddenly found themselves isolated. Many people have turned to social-focused games to fulfill this need for human contact. Many people I know that didn’t game before the outbreak have now purchased their first console in years. Games like Fortnite, PUBG, Call of Duty, and more are now the playgrounds of people just trying to find that human contact. While the whole world struggles, the gaming industry seems to be lifting itself and others through these experiences. 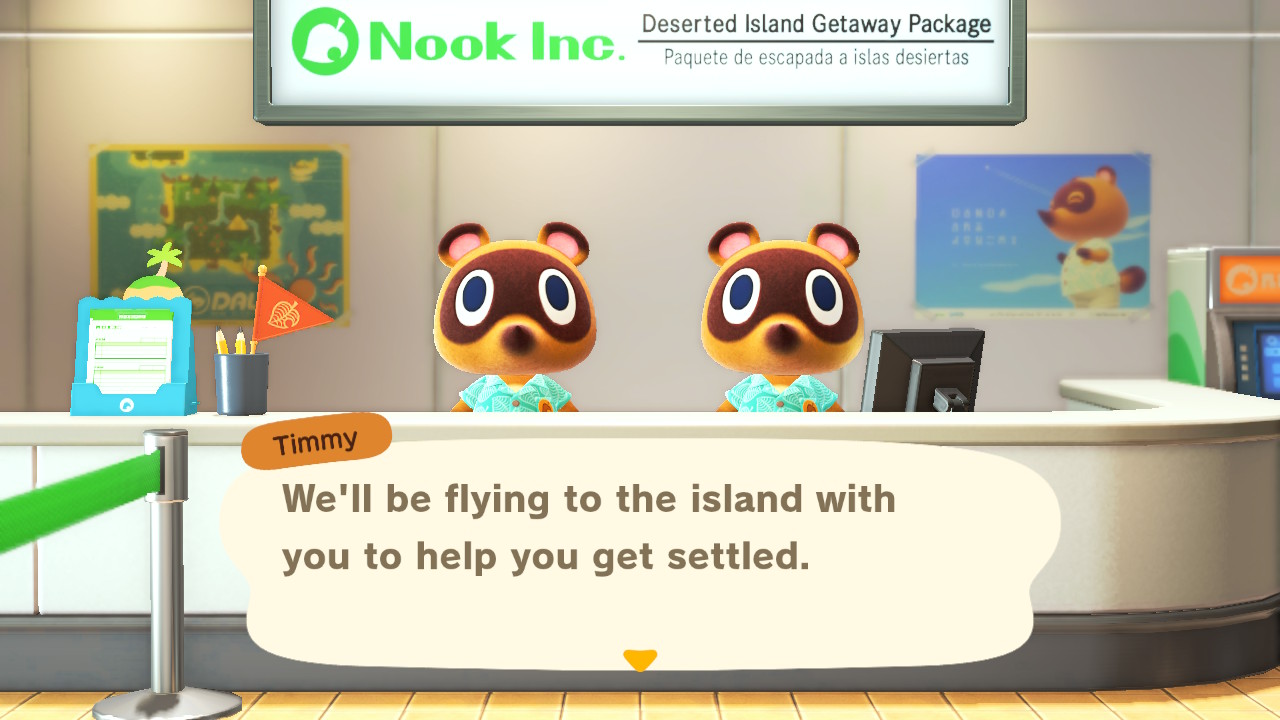 Animal Crossing is a life sim similar to games such as Harvest Moon and Stardew Valley. It is one of Nintendo’s most beloved franchises by an insanely wholesome fanbase. While the series had always been a huge success for Nintendo the effects of COVID-19 seemed to help the game “blow up”. While we are still waiting on official NPD numbers for sales in regards to North America. The game did a stunning 2.5 million copies in Japan alone across digital and physical storefronts in the first 3 days. This game will no doubt shatter 10 million sales in a matter of a few months. What could cause such a spike? People wanting to escape from everything going on in the world. Being able to build up a perfect island with cute animal friends in a carefree world sounds almost perfect at this point.

I speak about this from my own experience of course. I became very ill just after the launch of Animal Crossing. Stress was at an all-time high before I had become ill. As many can attest to, being a parent during this pandemic can be mentally exhausting. Not only do you worry about your safety, but for the safety of your children. My oldest daughter is considered “high risk” due to her battles with asthma. Working in distribution I deal with hundreds of people a day, I worried constantly about bringing the virus home to my family.

I quickly self-isolated and began to become sicker and sicker. Eventually not being able to leave the bed without being short of breath. It was terrifying not knowing what the outcome could be, or if I had caught the symptoms fast enough to prevent spreading it to my family. One thing quickly hit me, with being bed bound it was almost impossible for me to get to my desk to experience my escapism. My PlayStation, PC, and Xbox are all housed at my desk setup, which was inaccessible to me as I became ill. Depression set in quick, and fighting to breathe at times made this all the scarier in my head. I needed something to distract me from it. This is where my Nintendo Switch became a huge asset. 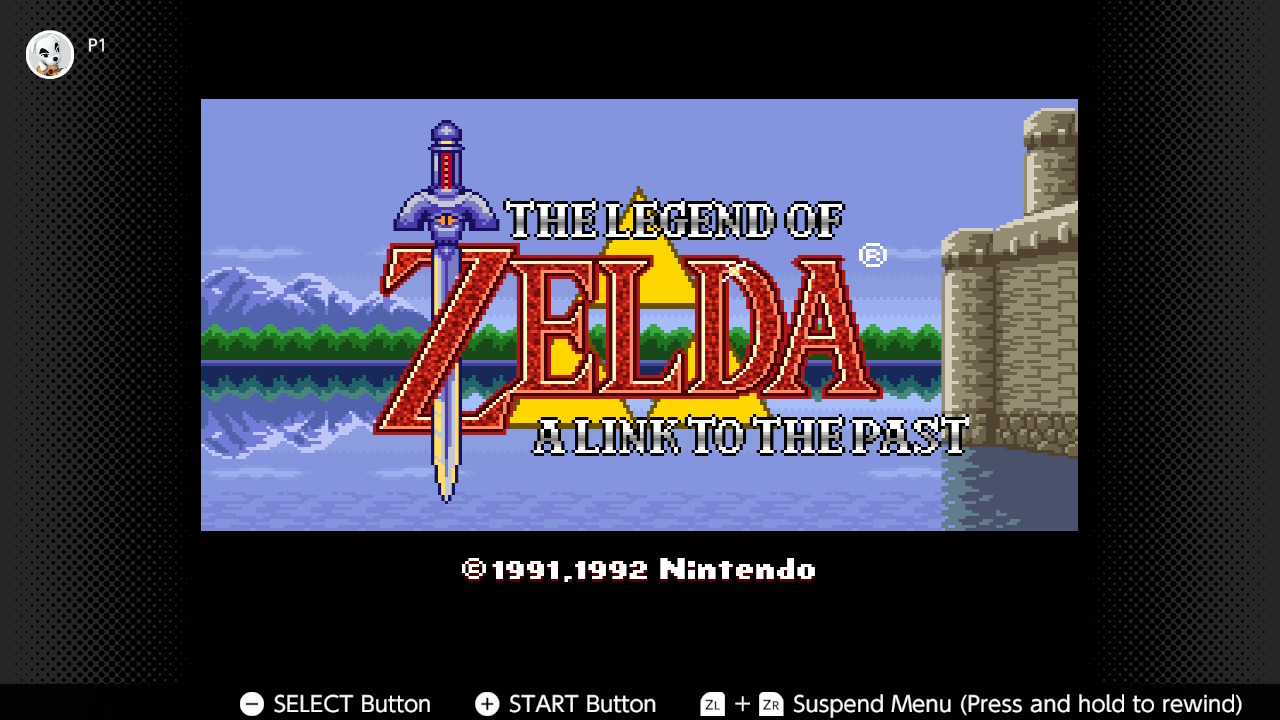 I have owned a Switch since just after Christmas, and admittedly I had not logged a lot of time into the console since I had purchased it. Outside of dabbling in Breath of The Wild, and a few other titles I had primarily stuck to my Xbox and PS4. Now in this situation, the Switch became my escape. Animal Crossing, Katana Zero, and some of the classic SNES games through the online service became a mood lifter. Escaping into these worlds and returning to Hyrule for the first time in a decade brought me back to the days of being a kid again.

A Link To The Past was a huge part of what helped me escape difficult situations growing up. The situation’s I didn’t understand at the time. While video games are not a replacement for proper mental health care, in trying times they certainly help. For all the darkness we must always try to find the light in the situation.

Animal Crossing was a huge light for me in this time of darkness. Hopping into Discord chats on my phone to play with friends who taught me the ins and outs of the game and how to slowly build my community. There was something so, therapeutic about the game. It truly is hard to explain. Between the happy carefree music, the quirky animal friends with their terrible dad jokes. Animal Crossing made things feel as normal as they could be. Whether fishing trying to catch a wide variety of fish. Or operating within the turnip black market which has been thriving and growing at a rapid rate. With Tom Nook there to help you through every step of the way. All to get back the debt that you owe him, but that’s a story for another day.

This game could not have come at a better time for many people. While its important to be up on the latest news and information. With social media being such a prevalent part of many of our lives. Whether its Twitter, Instagram, Facebook, or more. We are constantly forced to face the troubles of the world around us. Being able to escape to an island paradise with an overenthusiastic raccoon who wants to build the best community he can. Escapes like this give a ray of happiness to someone who may not be able to handle their own emotional or physical troubles.

I think this is one of the most important aspects of video games as a medium. Unlike films that make you relate to a character that was created by a talented writer. Video games often let you control that character and allow you to influence and change the world around you. Being in a world where we feel like we could make a difference sounds great, doesn’t it? We all have a voice as a human being but often it feels like we really can’t change things for the better around us. Games as a medium let us experience the whole cliche “one man or woman standing strong against the evil of world”. It’s an amazing feeling that no other medium has truly delivered on in such a spectacular fashion.

A long story short, I got through it. My health has returned to normal, but mentally I am still not there. Many of us have lost all sense of normality and it feels like it will never come back at this point. Mental health is a taboo subject at the best of time, I am in the worse place I have been in the past few years. Work, home, sleep, and repeat feels what life has become. The thing is that is what life is for a lot of us during this time. We are all struggling with our demons and emotions through this pandemic. There is nothing wrong with escaping for hours in a video game to deal with what’s going on.

The video game community as a whole is like any other fandom, it has in-fighting and hatred littered through it. Whether it be based on the type of games you play, or how you choose to play those games. It always seems to be a topic of argument for many in the online space. This shouldn’t be the case right now. We as a species are divided on almost every topic under the sun. Whether it’s about religion, politics, or if pineapple belongs on pizza. (spoiler alert it does). Video games give us an escape from all the hatred in the world. So cast out the nonsense, because at the end of the day.

Whether you choose to spend that time building a tiny community in Animal Crossing. Or if you choose to rip and tear through demons in Doom Eternal to get you through another day. We are all in this together. Be well and stay safe.