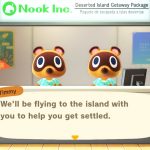 You are reading
Animal Crossing: New Horizons Sells A Whopping 2.5 Million Units in Japan In The First 3 Days

In the weeks leading up to the launch of Animal Crossing: New Horizons many industry analysts predicted the game would be a massive hit. However, with the early data now beginning to show up. It is starting to appear many people may have underestimated how well this game would do. Daniel Ahmad a Senior Analyst at Niko Partners who covers the financials and data for most of China and Asia’s video game market. He took to Twitter today to reveal that Animal Crossing: New Horizons had sold a massive 2.5 million copies between physical and digital in Japan alone. This marks the biggest opening for a Nintendo Switch game in Japan ever. It is even more impressive due to the fact that these figures are based only on the first 3 days of launch. Not only did Animal Crossing sell an amazing amount of software, but it also drove hardware as well. Japan reported a huge 390k Switch units moved this week. This is a massive number and actually outpaces the Switch’s 2017 launch in Japan.

First shipment + digital sell through for Animal Crossing: New Horizons in Japan looks to have exceeded 2.5 million units in its first three days.

Are you interested in Animal Crossing: New Horizon? Let us know in the comments and don’t forget to check back for the latest gaming news and information.