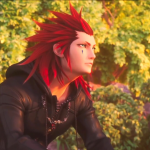 You are reading
Keiji Fujiwara, Voice of Axel From Kingdom Hearts, Has Passed Away

Keiji Fujiwara, a longtime Japanese voice actor, known for his roles in the Kingdom Hearts and Final Fantasy series, has died from cancer.

From video games to anime, Fujiwara was force to be reckoned with. His talent channeled multiple popular characters with unique personalities over the span of his career. Kotaku reports his death was due to cancer. He was 55 years old.

Kingdom Hearts fans will know Fujiwara as the voice of Axel. He also played another savvy redhead named Reno, which can be heard in the recently released Final Fantasy VII Remake. Fujiwara also lent his talents to Final Fantasy XV‘s antagonist Ardyn. The voice actor has been in over 300 productions since the start of his career in 1986. Be sure to check out his IMDB page to see what other projects he was a part of. Quinton Flynn, the English voice actor for Axel in Kingdom Hearts took to Twitter to express his condolences on the loss of his counterpart.

I am saddened to hear about the passing of Keiji Fujiwara, the Japanese voice actor of Axel, Reno and many others.

My condolences go out to his family and friends. pic.twitter.com/OQg4ZCeY5F

The world has lost an extremely talented individual from the voice acting industry. Fujiwara’s performances touched the lives of many, offering a moment of joy, humor, and the best qualities of a human being. As Axel would say, 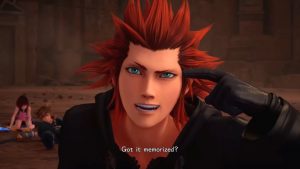 And we always will.

May he rest in peace.