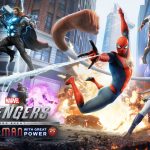 You are reading
Spider-Man: With Great Power Event Trailer Has Arrived

The first trailer for the upcoming addition to the Marvels Avengers has swung online. Spider-Man will be coming to the game at the end of this month during the Spider-Man: With Great Power event.

PlayStation users will finally be allowed to play as everyone’s favorite web crawler. Players on the PlayStation 4 and PlayStation 5 will see Peter Parker join the ranks of the Avengers during the Spider-Man: With Great Power Hero event. While he is a time exclusive for the Sony consoles that’s no reason to not enjoy this trailer. Especially the banter at the end between the Hulk and Spider-Man.

Take a look at the trailer below and remember that Spider-Man will be joining Marvel’s Avengers on November 30th.

Play It Your Way

If you haven’t had the time to play Marvel’s Avengers you can find the game available on the Xbox Game Pass. At one time this game was available on the PlayStation Now service. At the moment, you have to just purchase the game. Click this link to be sent to the PlayStation Store to see how much each edition costs. Here is a brief synopsis for the main game. Maybe this will entice you to play before November 30th.

Marvel’s Avengers begins at A-Day were Captain America, Iron Man, Hulk, Black Widow, and Thor are unveiling a hi-tech Avengers Headquarters in San Francisco — including the reveal of their own helicarrier powered by an experimental energy source.

The celebration turns deadly when a catastrophic accident results in massive devastation. Blamed for the tragedy, the Avengers disband.

Five years later, with all Super Heroes outlawed and the world in peril, New Jersey teenager Kamala Khan uncovers a shocking conspiracy and the only hope is to reassemble the Avengers in time to stop Advanced Idea Mechanics, one of the greatest threats Earth has ever faced.

If you’re looking for more Marvel games then check out Guardians of the Galaxy. Our own Hector Ramirez II reviewed the game. Also, take a second to bookmark Lordsofgaming.net for all of your gaming and entertainment news.