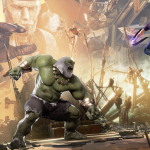 You are reading
Marvel’s Avengers Next-Gen Update Is Here

The next-gen update for Marvel’s Avengers is here. Starting Thursday, March 18th, PlayStation 5 and Xbox Series console players can take advantage of the new enhancements. The free upgrade also comes with this week’s release of new content updates. Players can now play as Hawkeye with his standalone campaign, in addition to the new custom HARM room mode. Think of this as the X-Men danger room, now with more options. Users playing on next-gen consoles will still be able to play with the current base. The update does support cross-gen gameplay, in addition to cross-save, which has been met with some issues on the PS5.

We have noted the improvements Square Enix has promised as part of last month’s Marvel’s Avengers War Table video update. The PS5 version promises locked 60 FPS while in performance mode, which holds the resolution to a checkerboard 4K. Then there is the visual mode, where you play in an unlocked framerate in native 4K. Along with resolution in performance upgrades, Square has promised faster load times, improved lighting, textures, and destruction physics. This also includes the spatial audio and the haptic feedback that is almost now standard on the PS5.

The Square Enix press release removes all mentions to framerate when it comes to the Series X. Although, it does note a native 4K mode, and all of the other features found on the PS5 (with the obvious exception of the spatial audio and haptic feedback). Likewise, the Series S version of the game runs at a native 1440P, also with no mention of framerate. You will see that the Series S version is missing high-resolution textures from its update. So it appears these are not just “flip of a switch” resolution and framerate updates. These are granular console-specific updates. We have run the PS5 version through some tests to see how it holds up against the PS4 Pro version.

On the PS4 Pro, it takes 26 seconds to load into the campaign from the main menu. It doesn’t sound that painful but the game does take a little bit of time to start up. Plus this just gets you to the menu of the campaign. It takes another 32 seconds to load into a level from the home base. Giving you just a little over a minute to turn the PS4 Pro on and get into a game. It does start to add up. Something I noticed with the PS4 version, when a new patch is applied for the game, after you install it, there is another in-game installing period when you first launch. There is no meter, there is no status bar, there is no message. When you try to launch the campaign, you get an error that the game is still installing. I waited about 15 to 20 minutes for the Kate Bishop update to finish in the games menu. This happens only after content updates. This did not happen on the PS5, likely due to the improved storage speed.

With the PS4 Pro version of the game, I found the time it takes to get from launching Marvel’s Avengers to get into a map is quite long. The near minute of load screens to get to the campaign then load the map is combined with smaller loading times, selecting a character, mission, and gear. In total, I waited through a solid minute and a half of combined loading times. In contrast on the PS5, that time is significantly reduced. The combined loading times to get from the PS5 home screen into a map is under 10 seconds. I have seen some influencers out there claim load times are completely gone in the next-gen version of Marvel’s Avengers. While not entirely true the load times that do exists are now minimal at best. 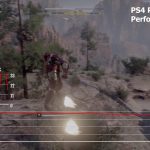 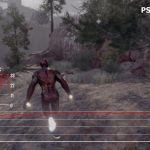 Whereas the PS5 version of the game is a locked 60 FPS on performance mode in checkerboard 4K. The is the ideal way to play the game. The checkerboard 4K and the enhanced PS5 visuals counteract the visual downgrade between the two modes on the PS5. Switching from visual mode to performance mode is not as noticeable with the PS5 in terms of visual fidelity. Yet when it comes to performance there is a great boost. Playing Marvel’s Avengers in performance mode is the only way to get the game to a locked 60 FPS on consoles. This mode still has every visual upgrade given to the next-gen version of the game. With the exception of true 4K resolution, you will not notice a difference in how the game looks. Yet with the visual enhancement mode, the framerate leaves little to be desired. Also, I found flying around as Iron Man in visual mode to be jarring in terms of performance. Outside of that, it does hit 60 FPS at points. Although it will set around 35-40 FPS while in action.

Bugs, Lighting, Textures, and Other Issues

On the PS4 Pro version of Marvel’s Avengers not one single cutscene transition was met without a problem. Usually related to some sort of lighting bug, everything would be very dark or just slightly darker. This issue was always fixed with the end of the cutscene. Also, I found some of the enemies to just be completely unaware that I was there, allowing me to take them out from further away with ranged attacks. Commutativity the game feels like it is struggling to run on the PS4 Pro. This absolutely feels like a late gen game. It looks fantastic for a game running on such old hardware. Yet Marvel’s Avengers pays for that in a game that feels clunky.

You will notice the side-by-side images of the Hulk on both the PS4 Pro visual mode and the PS5 visual mode. The game does look great on the PS4 Pro. With that, the PS5 does very little in the way of making the game look better. Although it does a pretty good job of removing some of the jarring performance issues. I still have minor problems transitioning to and from cutscenes. The AI is a little bit better but, not much. Yet the PS5 does help make the game feel more polished overall. Moving the game to performance mode and playing in a locked 60 FPS removes some of that feeling like it is struggling to run. While on the next-gen consoles you don’t feel like you are giving anything up visually. The enhanced load-times, destruction physics, and enhanced textures are solid quality of life improvements. While the next-gen version of Marvel’s Avengers does not have major changes, the game runs and performs much better.